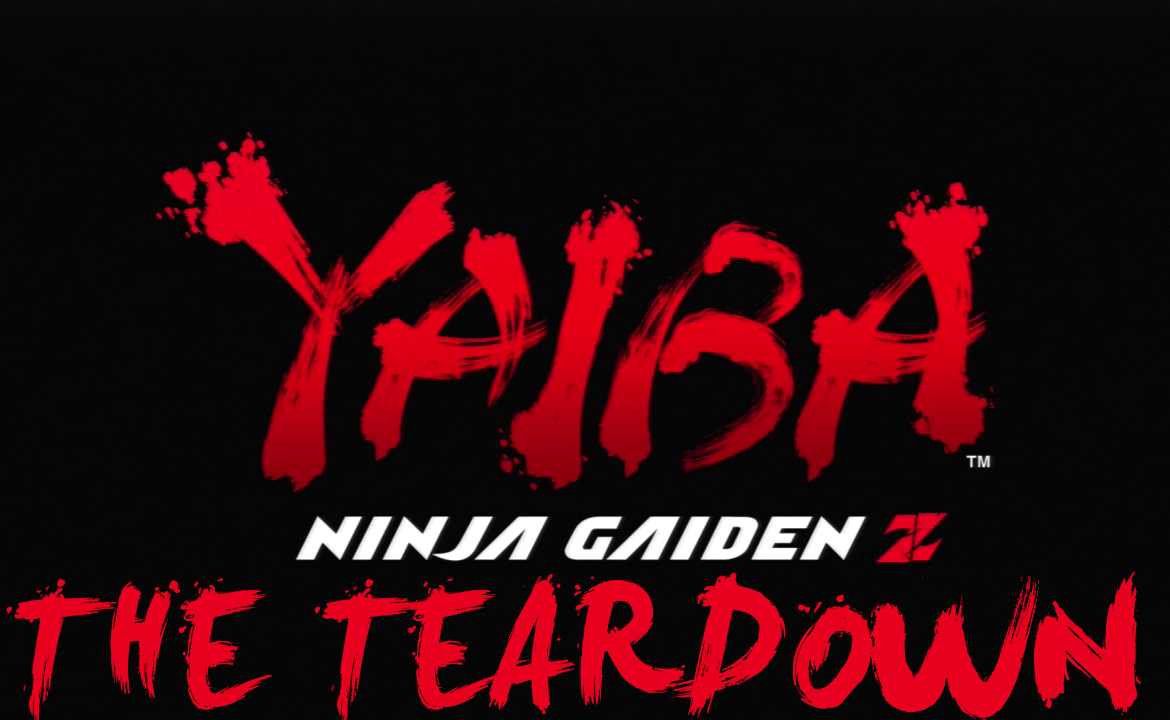 I am sorry, dear reader. I have failed you. But not as much as I failed myself.

Just a few weeks ago, I made a promise to not play another new Ninja Gaiden game. I lied. I goofed. I fucked up. Yaiba: Ninja Gaiden Z shot through my mailslot (not a euphemism) at my house, waiting to be the next game that I had to suffer through. It sounds like some sort of coincidence coordinated by Satan to ensure I am primed and ready for hell with a constant stream of shitty Ninja Gaiden games. I mean, I just played through Ninja Gaiden 3: Razor’s Edge a couple weeks ago. I feel like I need a purple heart medal for enduring that game. It still gives me ‘Nam flashbacks.

Speaking of, Ninja Gaiden 3: Razor’s Edge set the bar high on how low to actually set the bar. The series almost could not get any worse. Muddled combat, bland art, and an abhorrent story will do that to a once-pristine franchise. Yaiba takes all of those poorly executed aspects and makes it look like the developers sat back and thought of ways to make every facet even worse.

Besides the insultingly braindead platforming, melee-focused swordplay makes up most of what you will be doing in Yaiba. Cutting up the ugliest monsters could not be more sluggish and frustrating. Yaiba, the main character, moves like he is covered in glue but also somehow like he downed a bottle of uppers. Spastic sword combos are unresponsive and sludgy, resulting in many quick deaths at the hands of wonky, abysmal controls. Getting Yaiba to do what you want when you want is a Herculean task in and of itself, and doing it in time to avoid the hordes of stupid enemies is a task no human should withstand.

The enemies in this game deserve their own special circle in hell. Most games have an enemy type that sucks. That is fine. Every single enemy in this game is that enemy. That one enemy that sets you on fire; then that other enemy that grabs you; then that other enemy that suicide bombs you. It is almost literally a laundry list of the shittiest video game enemies rolled up into one game. It is appalling. Do not even mention the bosses to me, because I will probably fall into a fugue state and start talking in tongues that, regardless of language, rightfully slam the game.

Fuck it! Too late! I am going to complain about the bosses too, but not in the way you think. While, yes, they are frustrating battles of tedium and frustration over reflexes, the rampant unfunniness of each is unsettling. Here is a joke that channels a part of Yaiba’s sense of humor: ahem… PANTIES!

Why are you not laughing? See, the joke is that I said “panties” and just that alone that is comedic gold. Platinum, even. Just saying a word is a joke now. It does not even need context or thought.

Many of Yaiba’s “jokes” are just saying a thing or being overly brash. It is all full of lazy, overly enthusiastic references that barely, even in an inebriated state, resemble comedy. It is the Bobby Lee of video games. I bet Yaiba has even drunkenly shit its pants at a party.

And that is what the Ninja Gaiden series is left with – being the guy who shits himself at a party. Ninja Gaiden used to be the life of the party; he was the dude that would bring all the beer and the women. Now he cannot even limp around without looking sluggish and unresponsive. He is almost literally the guy who loved high school because nothing else happened with him after senior year. Good luck with nine years of community college, Yaiba: Ninja Gaiden Z.