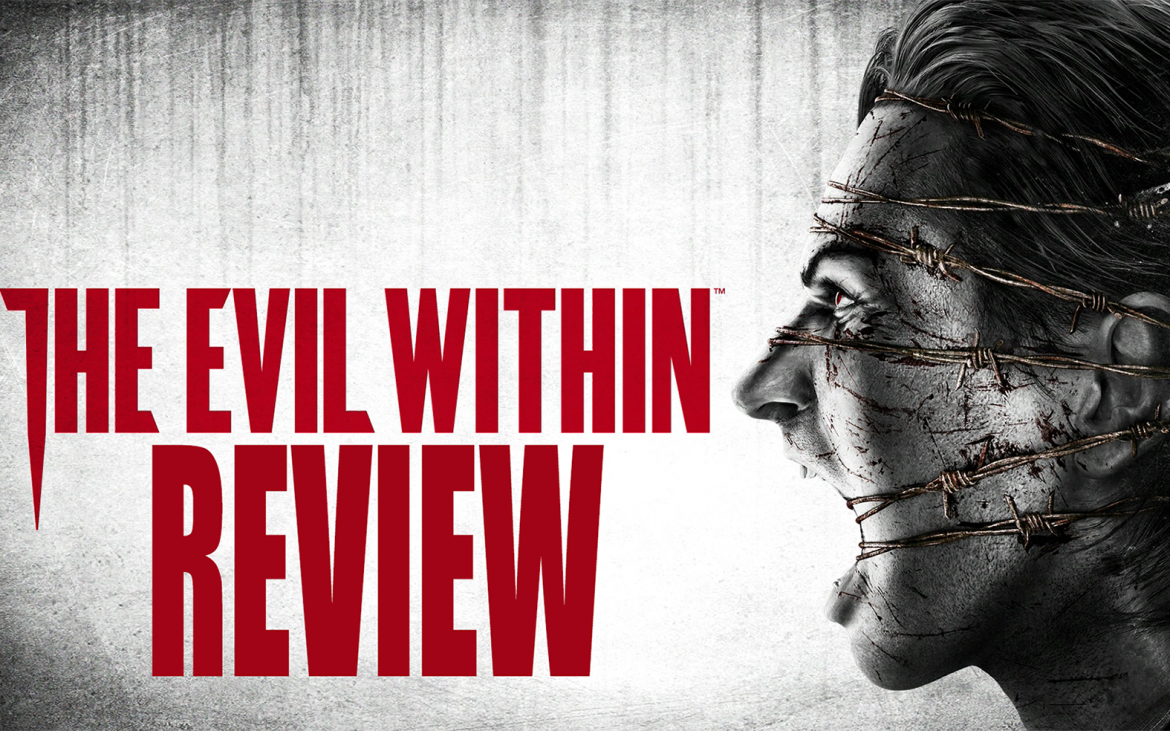 Platforms: PS3, PS4, Xbox 360, Xbox One, PC
Release Date: October 14, 2014
There has been nothing worse in gaming than Resident Evil’s fall from grace. Of course it would take the series’ father to rectify the many mistakes Capcom made in recent years with the once-coveted franchise..

Shinji Mikami, one of the key figures behind the first four (good) Resident Evil games, promised a return to the roots, a spiritual successor, if you will, in the form of The Evil Within. The Evil Within wears its Resident Evil 4-ness on its sleeve in multiple ways, but Mikami’s latest project knows how to take from the best and carve new ground at the same time.

And that is completely fine since Resident Evil 4’s golden formula holds up well especially with The Evil Within’s improvements. Carefully picking shots while a horde of Haunted – not zombies – shamble towards you is a tense experience that is always rewarding. Options are readily available to player in the form of multiple weapons, the opportunity for stealth, and the way the environment can be used against the enemies. Because of this, the combat has a compelling loop that has the ability to allow you to craft your own playstyle and it further evolves through the well-paced upgrade system.

And the kicker is that it is different every time. While conserving ammunition is always the name of the game, each scenario always brings something unique to the table.

You will be escaping bosses, fighting bosses, solving minor puzzles, or adjusting to some other unique wrinkle in the combat, which keeps the game incredibly fresh at every turn. It does not grow stale because you are never doing the same thing for too long; an impressive feat considering the game’s long running time. New enemies types get paced out well and demand different skill sets and when the game starts mixing these types of enemies up, it also begins putting them in different scenarios. It does not always work in the game’s favor, such as rooms or enemies that specialize in one-hit kills, but it hits enough times and hard enough on those times to maintain a phenomenal sense of pacing.

But those one-hit kills can usually lead to a bit of frustration. The Evil Within is more difficult than the average game and that helps with overall tension, but the difficulty can sometimes get a little overzealous. Often time, there will be “kill rooms,” which chop you into mincemeat at the slightest mistake. For most of the game, they are mostly manageable but they begin to increase in number in the final few chapters of the game.

Same thing goes with the multitude of boss fights. The gorgeously-designed hulking beasts work better than they should as boss fights and can be a healthy change from the norm, but almost all of them have “that move.” That move that can kill you in one hit regardless of your health. Telltale signs signal when these moves are happening that allow you to get out of the way, and that much is great, but getting offed in a single hit is not always fun. Again, while manageable for most of the game, this is very predominant in the game’s final hour or two.

The Evil Within’s tension has a similar slight drop off within the last chapter but that does not negate its consistent effectiveness for the first fifteen hours. Horror games usually pick one motif and stick with it such as specializing in survival horror, action horror, or psychological horror. The Evil Within blends all three in a way that comes together beautifully.

Ammunition is always scarce and the twisted enemies are deadly, which lets it become more like a survival horror game. Shooting and being strategically offensive is reminiscent of the best action horror titles like Dead Space 2 and Resident Evil 4. And, finally, the game messes with your head in ways that evoke an extremely uncomfortable mood that would make Silent Hill proud, giving it a good psychological horror angle. Jump scares, getting chased, and unkillable beasts are all remarkably effective and the way in which all these horror pastiches are delicately glued together makes The Evil Within incredibly exhausting to play. It is unrelenting in the ways that make you want to put the controller down but amazing enough to force you to keep playing, which is what the best horror games do.

Although the story does not have all the same successes. Sebastian Castellanos, the slightly-gravelly voiced, no nonsense protagonist, has been sent to investigate insane asylum. He and his posse get sucked into some alternate universe before the engine has even cooled, leaving them to survive this tangled illusion of reality and escape.

The jarring transitions that send the characters from level to level cement the fact that this place is not quite right and further feeds the notion that everyone is going insane. Each person is going through their own personal hell and the hazy confusion surrounding everything makes for an intriguing premise to figure what the hell is actually going on. This premise leads you from chapter to chapter but, even after a few reveals, it cannot resolve itself in a way that is digestible or satisfying. All of this works fine until it actually gets around to explaining itself. It just shuffles its feet in the dirt, draws “wait for a sequel!” in the sand, then scurries off. It is all about the journey in The Evil Within because the destination is not all that satisfying.

Graphically speaking, The Evil Within checks almost all of the necessary boxes. The disgusting but beautiful visuals allow the locales to have an appropriately dark atmosphere. Moving through claustrophobic caves and navigating a deserted mansion hits all the right notes through great lighting and creepy level layouts. The soundtrack, or lack thereof sometimes, also helps build a mood through its subtle strings or high-adrenaline “escape” music. Everything The Evil Within does visually or aurally is done in service of the mood and atmosphere.

The Evil Within is the next step for Resident Evil that we never got thanks to the series’ drastic dropoff in quality. That is alright because we got something much better. The satisfying combat loop, the uneasy atmosphere, high replayability, and amount of scares make The Evil Within worthy of carrying the torch for a new generation of horror games. It may be Resident Evil 4 with a mask but this new and improved update on the classic formula has allowed The Evil Within to become a noteworthy new face in the horror genre. Let us hope that Shinji Mikami does not abandon this franchise and let it die.
The Evil Within:
+Incredibly tense atmosphere with three different styles of horror
+Long game that (mostly) keeps itself fresh over the span of a dozen hours
+Refreshing combat that juggles different playstyles
+Very replayable with multiple difficulties and a solid New Game+
The Evil Without:
-Weak ending
-One-hit kills can get tiresome