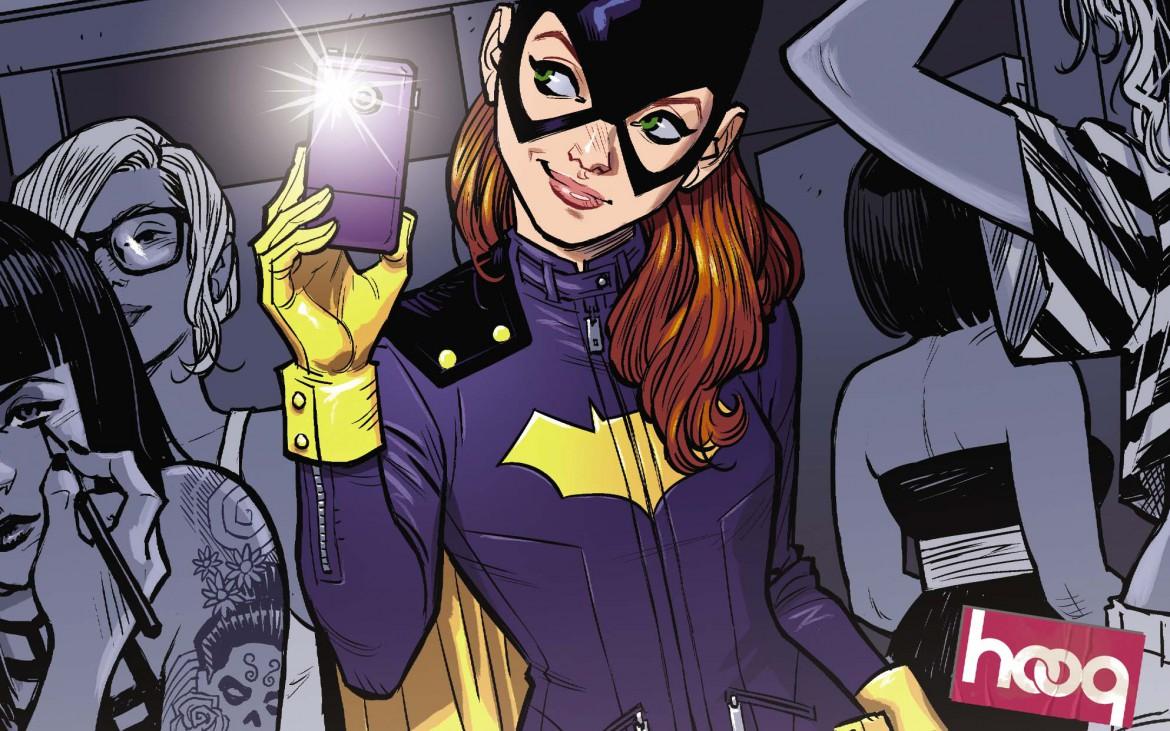 In our upcoming iPad issue out later this month, there is a story about the comic book culture’s past, present, and future. In it, I delve into its history from the censorship of the Comics Code Authority and its “Seal of Approval” to Comic Con International’s WonderCon and the Alternative Press Expo being taken out of San Francisco. I also speak to comic bookstore owners Brian Hibbs (Comix Experience) and Frank McGinn (Amazing Fantasy) about how comics are doing today. But more importantly, how the industry has diversified over the years in terms of creators, artists, and content as a whole reaching a broader audience.

Marvel and DC Comics are giving old characters a new look and feel in its pages. The creative team behind the newest Batgirl (#35) released last month is one example of how the industry is looking to target new readers. Over an email interview, Barbara “Babs” Tarr shares her inspirations and how she landed the job as Batgirl’s newest artist.

1. When and what inspired you to start drawing?

I started drawing when I could hold a pencil!!! I was always crazy good at it for my age. I drew because it was fun and I was good at it. My inspirations are always changing and so is my art. Right now I am inspired by video games, fashion, fruit, friends, movies, animation, Saturday morning cartoons, anime, all things scary and sexy and girly, pattern, color, and drinks that are pink.

2. What makes your work, you— like if someone were to see something and say that’s totally Babs’s work, what is that quality?

Haha, what a fun question. I think for something to be mine or remind someone of my work it would have to be a full of fun and energy, confident curvy line work, eyes that connect, spikes and studs, candy colors, sexy ladies with snarky smiles, fashion inspired and current clothing, sparkles, etc.

3. Were you or are you into comics? Which ones?

I was more of a manga reader! I read Sailor Moon, Ranma 1/2, Tramps Like Us, Peach Girl, Nana, Chobits, and many many many more. I didn’t really connect with comics when I was little but I am getting re-schooled right now!

4. Were you familiar with Batgirl before you got involved?

I knew of her from Batman: The Animated Series!
I knew her name was Barbara Gordon-I knew that Jim Gordon was her dad, she was a red head, and she was take charge and witty kind of girl. BUT as soon as I got the job I went out and did much more homework and found out there were many girls that dawned the Batgirl suit!

5. How were you approached for Batgirl and what was it they saw that made them reach out to you? Brian Hibbs (Comix Experience) mentioned that it was something you posted on Tumblr, is this accurate? Did you jump on board immediately? What was the process of becoming the artist?

Cameron (Stewart) reached out to me to ask my interest in doing a comic with DC. He had been a fan of my work for a couple years and found me on Instagram I believe! So it wasn’t a particular work but my body of work as a whole. It was about 2 months before I heard from an editor and was asked to do a couple test pages for the book! (I had never made a comic before!) Once they saw that I could do it, they offered me Batgirl the next day 🙂

6. What was the creative process like working with Cameron Stewart and Brenden Fletcher? Did they already have an idea of what they wanted and/or did you have some wiggle room for your input?

Cameron and Brenden pretty much work on the story between the two of them but they do keep me in mind. They write things they think I would like to draw and moments that would make me laugh (I think it helps I am the target audience, haha). Once they share it with me I might have a couple “Oh wouldn’t it be fun if…!”s and sometimes they take them! They are very collaborative and considerate. I really adore them and the story. They put lots of thought and effort in making a great script and I feel so lucky to be their artist. I also put in my two cents on whether there are enough shirtless boys and flirting, haha.

Cameron also does amazing layouts for the comic that I use to do my pencils and inks!

7. I think you’re part of this new shift in the comics industry where publishers and creators are shaking things up and making things more diverse, in terms of content, art, and even more women—you bring a freshness that appeals to new audiences and from what I’ve read, old fans embracing your work. What are your thoughts on that and how do you see things changing? What changes have you noticed in the medium or the industry as a whole?

I am very new to the industry but I think the reaction that people are having to my work is amazing. It opens doors for many types of artists and people! I feel like there is a “comic book look” that is maybe dated and that there are many talented people besides myself that I would love to see be given mainstream titles to make them even cooler. 🙂

I am in love with the new #Batgirl direction. The book feels so fresh and vibrant in its tone, and the art is beautiful and colorful.

The new #Batgirl comics have been so good like all the haters to the left pls. Barbara G. is living the dream in a sea of cute college boys

#Batgirl 35 was a terrific read! Great start from @cameronMstewart @babsdraws & @brendenfletcher!! Babs is a bad ass!

Gotta say the new #Batgirl issue 35 is a fun, young and smart comic. Glad to see a lighter (but still intelligent) take on Babs! #New52