Greeks call to cancel how MTV sees “Growing up Greek” 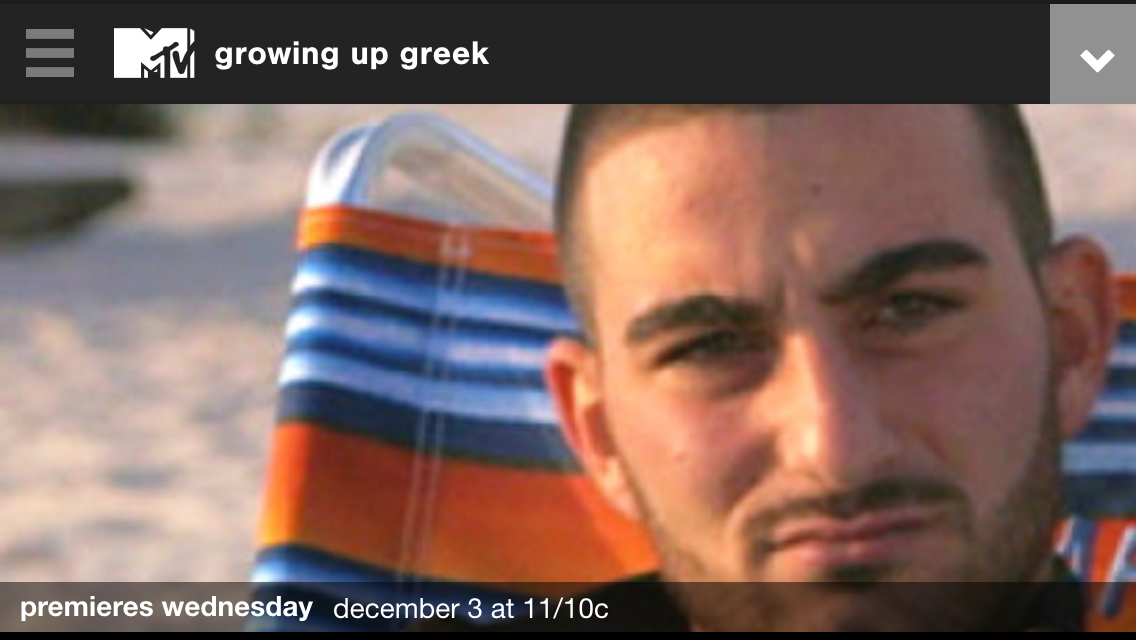 Just when society thought that they had been freed from the grasp that was “Jersey Shore,” MTV has come up with its newest, and possibly more offensive, sequel “Growing up Greek.”

As someone who is half Greek, when I first saw the title of the new show, I would lie if I said I was not more than a little bit excited. My brother had sent the link to the video in a text message with an accompanying “Whyyyyyyy.”  Now, I did not think it could be THAT bad, but I clearly was not prepared for what was in store.

Here is the trailer:

Okay, so was anyone else a little bit embarrassed for the people in this video even watching them? Now, imagine that, just by your ancestry being associated with them.

Because MTV chose to name the show “Growing up Greek,” it is generalizing an entire culture/ethnicity, and as you can guess, I am not the only one offended by this trailer. A petition on Change.org is calling for MTV to either cancel the show, change the name, or accurately portray Greek culture.

In less than a week, the petition has gained more than five thousand five hundred supporters. As soon as I saw that there was a petition, you know I signed it.

“Because if you’re going to do a show in Greeks, do it right. These are a bunch of idiots who are making up fake drama to be like the Jersey Shore crew. real Greek Americans don’t even remotely act like that… Who the hell throws plates???” Marietta Frangiskatos listed as her reason for signing the petition.

All I could think when I saw the trailer was where are their yiayias (grandmothers), and that I know mine would not approve of the implied playing multiple women, breaking plates for no reason, causing huge fights in public, getting kicked out of establishments, or getting arrested.

The Change.org petition has also filed a notice of discrimination to the Federal Communications Commission (FCC) that makes some fair points, including that if it were a show focusing in on any other ethnicity, it would not last.

“I am sure that MTV would never consider to air a show titled “Growing up Black” , “Growing up Jewish”, “Growing up Iraqi” , then how would “Growing up Greek” be considered? The outrage we have as a community, as an ethnic minority stems from our deep rooted notion of pride,” states the complaint.

It also mentions how even though Greeks were depicted in “My Big Fat Greek Wedding,” a lot of consideration was put into the making of the film and depicting the community accurately, and now, certain stereotypes created by the film stuck because it was done right.

A comment from someone with possibly the most Greek name of all time, Xristos Paparatamirtixotzidopoulakis, who says he is from Crete, Greece pretty much sums it up – “This show is disgraceful for the Hellenians, their civillication and their culture. MTV has NO right to show a fake image of our society.”

If you are looking to feel embarrassed for an entire culture, “Growing up Greek” is set to air tonight at 11 p.m. central time on MTV.