Dances on the Wall: American Football @ The Fillmore 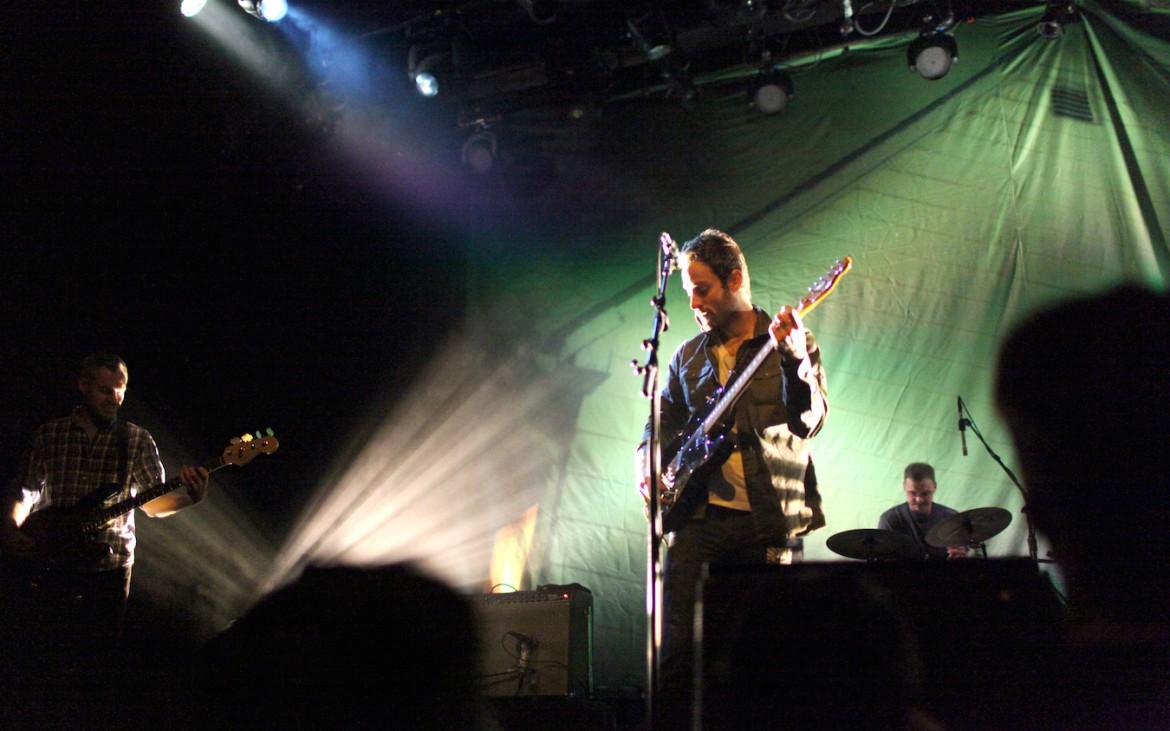 American Football plays at the Fillmore on their first night during their stay in San Francisco on Thursday, Dec. 11.

Words and Photos by Lorisa Salvatin

A rim of light lines a dark figure anchored at center stage, his silhouette intensifies against the green glow of an iconic image of a house with windows, a glow projected behind him.

“I’ve been waiting for this all my life,” Reid Riegelsberger shouted from the crowd after American Football played songs from their beloved self titled EP on the first night of their stop in San Francisco.

A mix of nostalgia and anticipation reeled through the audience as the reminiscent licks of the band that helped pave the way for ’90s emo and math rock encapsulated fans at The Fillmore last night. This is the first time American Football has played in San Francisco, said guitarist, Steve Homes.

“It sounded every bit as magical as I expected,” said SF State alum, Garrett Roads, who has been hoping the band would pass through since 2000.

The show opened with a minimalist, but all the more promising performance by David Bazan. And between the interweave of alternate tuning, guitar tapping, and somber lyrics that still captures audiences today, the members of American Football remain humble, conducting Q&A’s with the audience, even offering beers to the crowd. This sense of familiarity seemed to be the highlight of the night, as if catching up with old friends that time has separated.

American Football will be playing another show at The Fillmore tonight before making their way to Los Angeles.