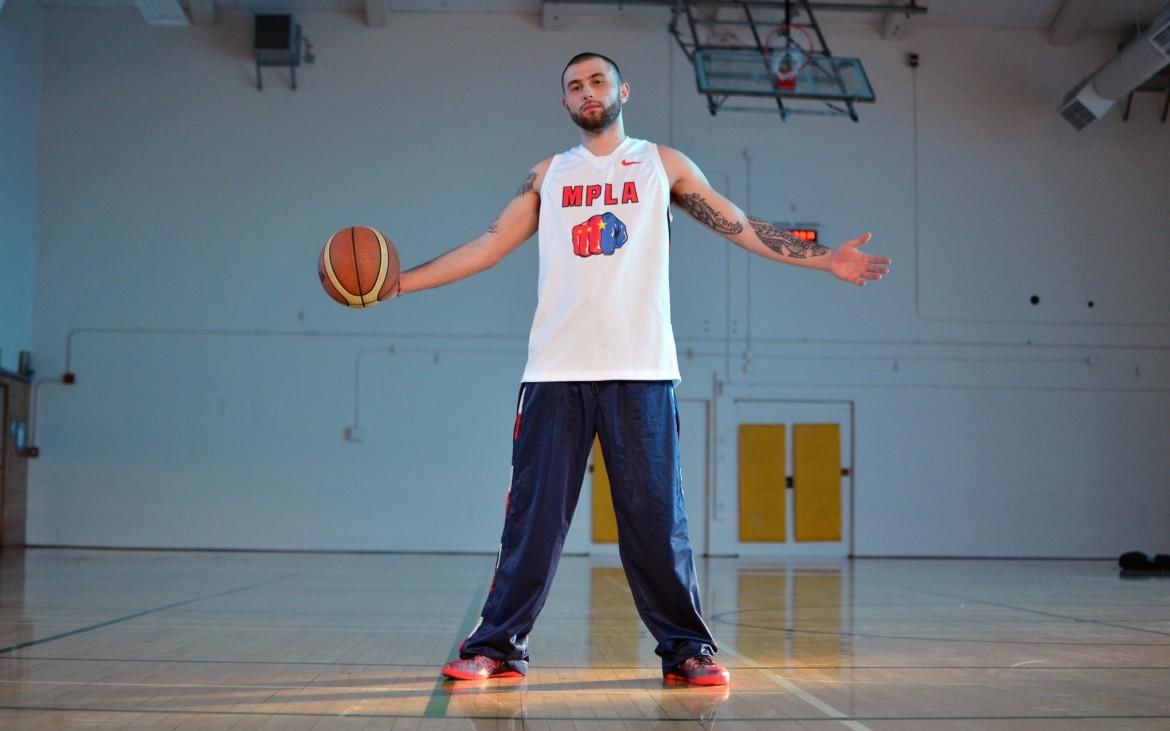 SF State student Robbie Herndon is unofficially set to play for the team in the Philippines Basketball Association that is coached by boxing champion Manny Pacquiao. The shooting guard, who majors in criminal justice, intends to sign with Pacquiao’s team after he graduates in about a year.

After seeing Herdon play in a San Francisco tournament and finding out he is half-Filipino, one of Pacquiao’s friends and business associates invited Herndon to play in front of the boxer in Los Angeles. Herndon was grateful for the opportunity.

“I just want to give a shoutout to Jason Aniel for setting this up for me and making this happen,” he says. “It was fun, I played well. It just felt right.”

Though he felt good about it, Herndon tried not to get ahead of himself.

“I didn’t get my hopes all the way up because I know how it is, but I got excited,” he admits.

His Filipino heritage gives him an advantage over others who might hope to play basketball in the Philippines but are not from the island nation.

“Me being Filipino makes me a citizen,” Herndon points out. “Each team only gets one import, so it’s really competitive, but I’m not considered an import.”

Herndon relishes the chance to continue playing the game he calls his passion.

He started playing when he was around five years old. From a young age, he has been inspired by Los Angeles Lakers superstar Kobe Bryant, his favorite player and fellow shooting guard. He came to SF State on a basketball scholarship but stopped playing after two years because he felt it was not the right fit.

Herndon could have played in the Philippines after high school but decided not to because he “wanted to experience college.” Also, he wants to get his degree before he leaves so he will have a solid foundation to return to and “so I don’t have to go back to school when I come back,” he explains.

He acknowledges that living in a foreign country straight out of high school would have been hard on him. Now, he looks forward to seeing the world and relatives he has yet to meet. Herndon values family, especially his grandmother.

“I love my grandma … She’s my inspiration,” he says with a smile.

He appreciates how she took care of him when he was a child and his working parents were too busy. Herndon’s grandmother was very happy to learn he would be playing for the boxing star.

“She’s a hardcore Pacquiao fan and was thrilled when she found out I met him and was going to play for him.”

Herndon would like to play basketball in the U.S but knows he likely will not.

“It’d be awesome to play professionally here in the States, but, realistically, it’s probably not going to happen,” he realizes. When he is done playing, he hopes to become an investigator or a firefighter.

Once Herdon starts playing for Pacquiao, those who are interested can keep up with him on Instagram by following ootyconrad.