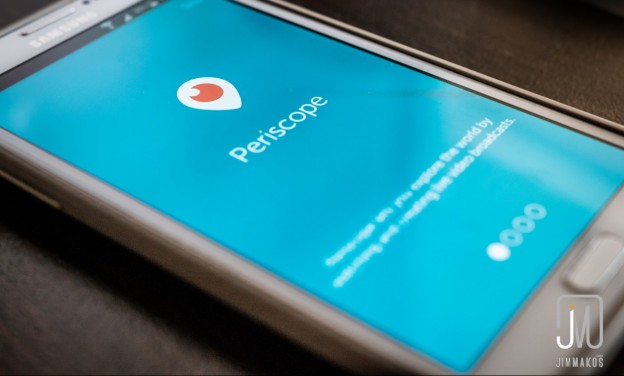 [dropcap size=”50px”]W[/dropcap]hen meeting someone new, more often than not there is an oscillation between nervousness and excitement. Maybe because bringing someone into your world, or looking into someone else’s, can be both beautiful and dangerous.

Imagine bringing that feeling into a technological perspective. Recently, live broadcasting apps have become a popular tool for people in the entertainment industry, fans and everyone in between, with Periscope being the fastest rising star.

The Periscope app allows the spontaneity of live broadcasting, but holds a small taste of permanence, storing the stream on the original broadcaster’s page for 24 hours. This, along with being able to directly link users’ broadcasts onto Twitter, has created much buzz around the app. Since Twitter’s acquisition and relaunch of Periscope six months ago, the app has accumulated over 10 million users, CEO Kayvon Beykpour said in an August broadcast.

As live stream media takes a lead role in the new media, its benefits and risks become more and more apparent. People use it to become informed in specific subjects through webinars and broadcasts of professionals in that field, expand news coverage through their own phones, and connect with others in a more personal way.

Recently,  live stream media has also began to show its dark side. From people infringing on copyright laws through streaming TV shows and pay-to-view content, to committing crimes such as the murder of two Virginia news anchors, the risks have also raised concern.

“There’s a common expression called ‘Burden of Liveness,’ and the notion of liveness is really important,” said Ed Timke, a UC Berkeley Media Studies Lecturer with a Ph.D. in Communications, in regards to the Virginia shooting.

“That event is just horrific. The ability for somebody to shoot somebody, then record it and stream it immediately really changes the dynamic of one, where news comes from and two, how the human experience is recorded, including horrible events like that,” he said.

Timke goes on to explain the “Burden of Liveness” within this context. He explains how having both the news anchors and their murderer on location,  while it was showing up live, created a sensation of being in that moment. “Therefore the burden is on the people (who) were horribly murdered. At the same time (it is on) the people in the newsroom showing this, and so there is a burden in the moment,” he said.

Although there are negative aspects to live stream media, Timke doesn’t feel like that has to be its defining feature.

“Having something live can be really great; it can bring certain events and moments that we can share in, and then it can also, like with anything, be used (negatively),” Timke said. “Now that we have our smartphones, cameras and video recorders, I think liveness will become an even bigger part of our lives in positive, negative and in-between (ways),” he said. “Now you can have citizen reporters being able to broadcast what’s happening live. It can be a very useful tool.”

There are many other ways to productively use live stream media as a tool.

Alan Sanchez, a senior at CSU Northridge studying television production, uses live stream media as a tool by establishing himself in the video gaming world.

Sanchez said live stream media appeals to him because, “Instead of having organized segments, streamed media is uncut and raw in terms of opinion and entertainment,which I think is more honest than any other type of media.”

“Instead of having organized segments, streamed media is uncut and raw in terms of opinion and entertainment,which I think is more honest than any other type of media.” – Alan Sanchez”

He also enjoys being able to share his humor with other users.

Sanchez has been using live stream media for two years on Twitch (an app used to broadcast video games) and Periscope for a month. He recently attended E3 (Electronic Entertainment Expo) and was allowed to exclusively stream gameplay of an unreleased game due to his Twitch channel.

In addition to building your credibility as an online user, live stream media can be used as a tool to expand one’s audience. The Versus Podcast co-host Bonta Hill, who is also booking coordinator for the sports-centric Bleacher Report, began using Periscope six months ago and has seen an increase in his audience reach.

“I think it’s an excellent platform, especially when it comes to sporting events,” Hill said. “We noticed how many more listeners we were able to gain with it because it gave listeners the ability to see us talk, interact live and ask questions as we record a podcast.”

Hill also uses Periscope as a way of showing his audience exclusive content. When he goes to events, such as baseball games, he is able to give fans an inside look at warmups, batting practice and interviews.

“Live streaming is a great tool to have, especially if you’re covering live events and give fans access from their homes,” said Hill.

Along with building and expanding their audience, some users engage with live stream media to supplement an already existing fan base and platform.

“As with any media, if the content is strong and can be fun, insightful, relatable and/or educational that’s a great thing,” said Sheri Nelson, Cumulus Media’s director of marketing for their San Francisco branch. “Live streaming is excellent in allowing a greater, more expanded reach of content for those who have access to the technology.”

Nelson, who has worked in marketing for 22 years, directs all six San Francisco Cumulus stations and has used live streaming as way of driving the audience back to the radio.

“Radio’s success is based upon ratings and revenue so our goal will be to use any streaming app to drive people back to the radio and/or monetizing something from it,” she said. “It’s on us to be creative and resourceful to come up with content that is engaging enough to get you to turn back to the radio station.”

With so many ways this rising form of digital media can be used, it is still unclear how live streaming media will affect society overall. What is clear, though, is that it will indeed have an impact.

“I don’t really know where it’s going to go, and we’re still sorting it out, but it’s definitely changing the way we do work (and) socialize,” Timke said.