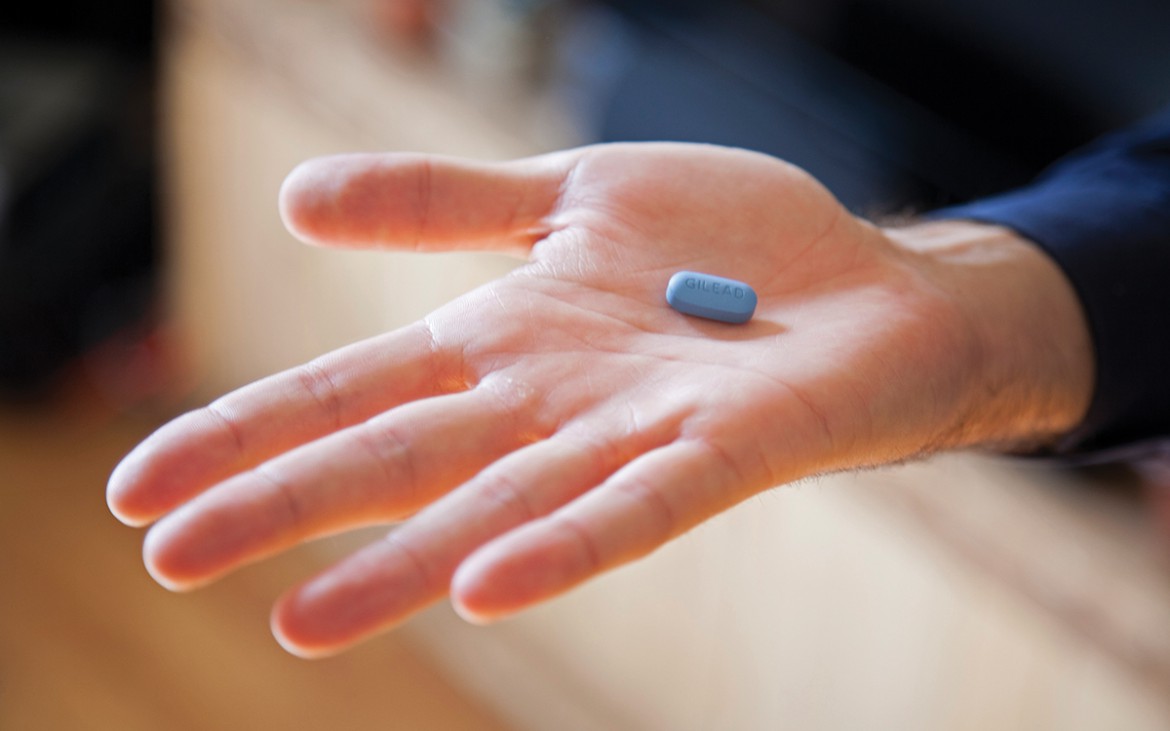 Two and a half years ago Michael Slater, a 26-year-old homosexual, received the worst news of his life. While supporting a friend who was afraid that he was exposed to human immunodeficiency virus, Slater decided to get tested too. When he received the results Slater had tested positive for HIV. Living with the results for an agonizing week before hearing word that it was a false positive left him speechless.

In the handful of times Slater has participated in unprotected sex since he started taking PrEP his mind was more at ease.

“People finally feel safe when having sex for the first time in their life.” – Dr. Robert Grant ”

The active drug in PrEP, Truvada, has stirred a cultural shift on the gay community on both sexual protection methods and condomless sex, according to Slater.

Knowing that a social stigma of promiscuity is attached to being on PrEP is apparent to Slater, but HIV is something that people don’t want to talk about whether you are practicing safe sex or not.

This medication could not have been possible without the efforts made by Dr. Robert Grant, a UCSF professor of medicine and senior investigator at the Gladstone Institutes.

Dubbed the “father of PrEP,” Grant used Truvada very early on when it was just used for Post-Exposure Prophylaxis, or PEP, a pill in which you take after exposure to HIV. This led to a large study on Truvada for pre-exposure usage.

From 2007 to 2009 Grant conducted a large study on Truvada, which included 2,499 high risk men throughout Asia, Africa, Latin America and North America taking either a placebo drug or Truvada.

After four stressful years of observation, Grant and his team at Bridge HIV, a clinical trials unit, discovered that Truvada showed a 44 percent reduction in risk of HIV, according to operations director Aliza Norwood. This was a groundbreaking discovery for HIV awareness prevention, according to Grant.

“People finally feel safe when having sex for the first time in their life,” he said.

In 2012 Truvada was approved for PrEP and places like Bridge HIV, along with the San Francisco Department of Public Health, are responsible for furthering knowledge on prevention care.

This fairly new medication is on the rise within the local gay community, but the number of people taking action and using this drug is low, according to Norwood.

“In San Francisco, where PrEP knowledge is way higher than most places, most people or a lot more people, are on PrEP than other places,” Norwood said. “Still we are only meeting a third who are on PrEP, so about two-thirds of people who should be on PrEP are not.”

To qualify for a prescription people have to go through quarterly HIV/STI screening tests, urine tests and blood level checks for blood count and kidney function, according to Norwood.

Side effects begin fairly early in what Norwood calls the “startup syndrome.” Nausea, vomiting and kidney problems may occur, but fades within the first month according to Norwood. Kidney monitoring is important for everyone who is on the medication, and if problems arise the medication has to be stopped.

Taking PrEP has proven effective, and if taken every day it has a 99 percent reduction in risk according to Norwood. If days are missed taking four to five pills a week would provide 96 percent reduction in risk. Despite the drug’s effectiveness, taking PrEP should not be the only means of protection when people are engaging in sexual intercourse, according to Norwood.

“PrEP should not take the place of condoms,” Norwood said. “Look at this as a tool box, you have all of these different ways of protecting yourself from HIV and this is an additional way, it can be extra prevention.”

For Matt Bradley, a 28-year-old homosexual, safe sex is important, and using both the medication and condoms is the number one method for preventing HIV and other STI’s.

“It’s not worth just doing PrEP, and then waking up and all of a sudden you have something awful going on down there,” Bradley said.

Bradley believes that the naysayers discouraging condoms and engaging in condomless sex in an effort to preserve the romance are wrong.

The social stigma from being on PrEP does not affect Bradley, but it does have an effect on his sexual partners.

“I feel more pressure that declaring my status on PrEP from other guys means that they expect that I am going to have unprotected sex with them,” Bradley said. “I feel like that is a bigger problem.”

Overall, Bradley acknowledges the good that PrEP has provided to the gay community in San Francisco regardless of stigmas, and encourages others to get medicated too.

“I feel like every man who is physically able to take it, should be taking it,” Bradley said. “Because we have a chance of eradicating HIV.”

“This is an epidemic and we need to treat this epidemic,” Norwood said.