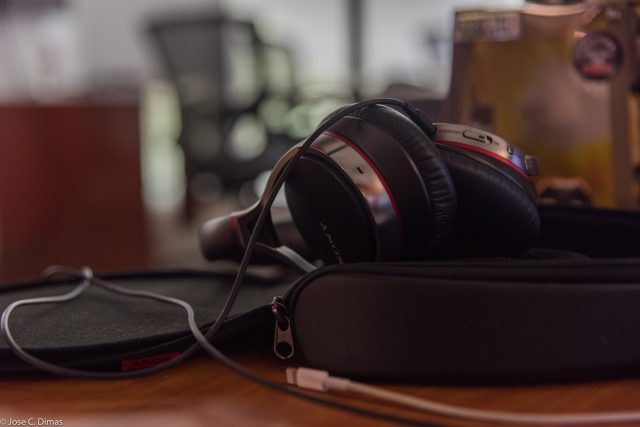 It’s no secret that Hollywood and entertainment media have a diversity problem. Since its earliest days, Hollywood as an industry has been dominated by mostly white male executives and stars who ultimately dictate what gets made and what sells to the largest audience possible. As of 2016 men retain the overwhelming majority of high level executive positions in entertainment media. According to a study conducted by University of Southern California Annenberg School for Communication and Journalism, men in the entertainment industry held 81 percent of Board of Director positions and 79 percent of C-level executive positions. As a result of the lack of diversity in entertainment, the perspectives in modern television are irritatingly homogenous, usually depicting what the world looks and feels like from the standpoint of successful, privileged, white, often college-educated, middle or upper class men and women.

The default point-of-view for much of the TV we watch comes from a group that technically is representative of the racial majority in America but fails to capture the nuance and ethnic diversity that’s come to define the best parts of our country. An unintended consequence of this singular white perspective is Black characters and narratives falling victim to ill-informed stereotypes, poor caricatures, typecasting, tokenism, and general ignorance to the wide spectrum of Black life in America.

Notable shows about Black life in America, like “Sanford and Son,” “The Jeffersons,” “Good Times,” and countless others tend to revisit themes of overcoming difficult circumstances like poverty, violence, and crime in the inner city. While all of these works are great within their own right and played an important role in bringing more Black narratives to the screen, they also contributed to the notion that Black life in entertainment media only involved stories of hardship, strife, or triumph over adverse circumstances. While these stories are crucial to understanding Black people at a base level, they aren’t entirely representative of the depth and dimension the Black community possesses.

With all this in mind, the past couple years have been a significant turning point in how Black people are portrayed in entertainment media — particularly on TV — thanks to online streaming services like Netflix, Hulu, and Amazon. By producing original content, executives and showrunners are inadvertently allowed to take more risks in the kinds of stories they tell, without running the risk of losing ratings-related advertising revenue.

Shows like “Luke Cage,” “Black-ish,” “Atlanta,” and “Insecure” have played an essential role in realigning how Black people can be viewed in TV. In their own way each of these shows are examples of the spectrum of experiences and realities present in Black life.

“Luke Cage,” Netflix’s newest hit series, restored my faith in non-stereotypical, unique stories about the Black community. The show centers around framed Black superhero, Luke Cage, as he struggles to clear his name and protect Harlem from the crime, violence, and corruption so common in inner-city minority communities. On its face this premise is nothing out of the ordinary, especially for a show about a superhero. But when looked at closer, it becomes clear that “Luke Cage” is breaking new ground for Black characters and narratives in popular media.

Every aspect of “Luke Cage” is a masterful demonstration of how compelling the Black community can be in TV if handled with care. The combination of the steady influence of hip-hop throughout, the believable well-written scenarios of each episode, and the complex thoroughly developed characters all serve to create a show that finally taps into the amazing qualities of Black people.

The show has many examples of strong Black characters, acting in a manner that suggests and reinforces the idea that they are more than just ethnic minorities who failed to achieve any level of success in life.

One moment that stands out is when police inspector Priscilla Ridley, a Black woman, and district attorney Blake Tower, a Black man, meet in the middle of an intense hostage situation centered around Cage. In the scene, the two engage in a forceful debate to decide how to best handle the predicament they face. As they go back and forth, Ridley confidently instructs her fellow officers on how to proceed as the situation changes and unfolds.

In this single three minute scene we get two intelligent, college-educated, Black characters who hold positions of power and are doing each of their jobs at incredibly high level. Throughout the entire scene Ridley holds her own, asserting herself as a strong Black woman that has zero tolerance for disrespect. The significance of this scene cannot be overstated. For viewers, especially Black viewers, this subtly reinforces and normalizes three key ideas —(a) Black people are smart and capable people beyond the realm of sports or the arts; (b) It’s normal and expected to see Black People in positions of authority; and (c) Black women in positions of power are just as successful, if not more so than their male counterparts.

By having the foresight to make both these smaller, yet key characters Black, the show took a major step in evolving how the viewing public sees its Black characters. Prominently featuring Black people like this highlights that they are more than a simple caricature or stereotype, but instead individuals with depth and dimension worth exploring.

Black TV is reaching incredible place as a result of the care being put into illuminating the many forms that Black life can take. Hopefully this marks the beginning of a trend in television and movies starting to display Blackness in its full complexity. Moments like this in shows like “Luke Cage” represents a turning point in the how Black people in entertainment can be depicted moving forward.