The Festival of Light Brightens San Francisco for the Fifth Time 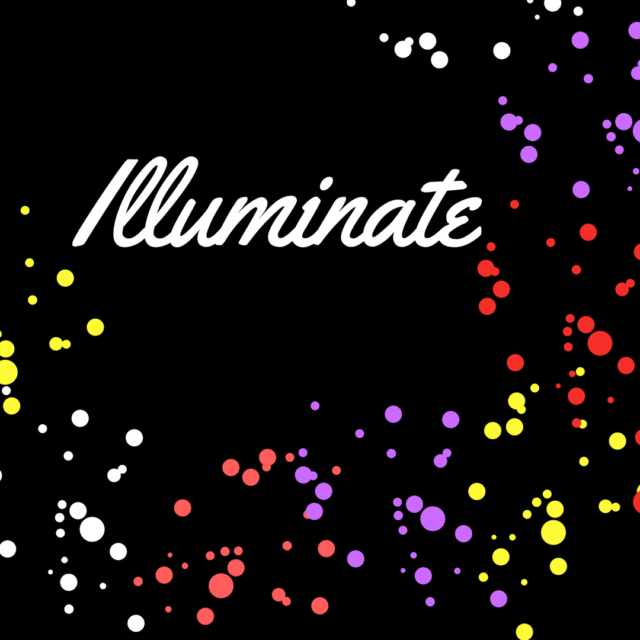 San Francisco is shining bright now until New Year’s day with 37 eco-friendly light art installations located in 17 different neighborhoods throughout the city. This is San Francisco’s fifth year hosting Illuminate SF’s, The Festival of Light, which features artists from around the globe. All 37 pieces range in variety and type, making the festival even more unique.

“Our highly aspirational mission of changing humanity’s future for the better via public art—some would call it impossible—is a reflection of our core beliefs. The best of our projects will always be radically accessible, free to experience and widely viewable.”

Davis and his team began their journey with the first Illuminate piece, The Bay Lights, back in 2013. The Bay Lights is a light sculpture made of 25,000 white LED lights that creates a magnificent light show on the north side of The Bay Bridge. The display was set to run March 2013 to March of 2015 but has now become a permanent piece in the city. For many, this has become an iconic landmark in San Francisco. Since The Bay City Lights, Davis and the rest of Illuminate have helped multiple artists bring their public art to life.

“One of my favorites has to be the “Hope Will Never Be Silent” sign that’s recently been installed outside my work.”

Guerrero is referring to one of six new art light installations that has been installed for this years Festival of Light. The white neon sign reads “Hope will never be silent” and rests above the doors of Soul Cycle, which is located in The Harvey Milk Plaza in the Castro district. The sign is meant to pay tribute to the late Harvey Milk, the first openly gay elected official in the history of California.

“It makes you smile when you see it. It’s a nice little reminder of how far we’ve come. It just goes to show what type of community lives within the Castro,” says Guerrero while smiling.

Another favorite, the Bayview Rise by Laura Haddad and Tom Drugan, towers over the Bayview District standing at 187 feet tall. The mural located at Port Pier 92 symbolizes change but also honors the rich history of the neighborhood.

“We wanted to honor the neighborhood,” says Haddad while talking about the process of creating the piece.

“We decided to ask the community to come up with words to describe the district. We thought that it was a nice way to get the neighborhoods input. The words they came up with were so empowering. The one that really stood out to us was  ‘rise’.”

Haddad goes on to explain other inspirations for their piece, including one special lady, Essie Webb.

Webb, one of five women a part of “The Big Five”, a group of black women who advocated for better housing and health clinics in their neighborhood, made a quote that brought the whole piece together.

“All the air came out of the balloon, and it just came to the ground and it’s still there, and it’s just waiting for someone to put some more air in and blow it up.”

“At night, the art extends this visual metaphor of transformation through a dynamic interaction of light and color. The light fixtures at the base of the building cycle through different colors that each highlight a unique combination of images within the painted mural. As the light colors shift, images appear to float in and out of the scene. This striking effect of “illumination animation” results in a kinetic image abstractly representing a neighborhood in flux, or Bayview Rising.” (Laura Haddad, Inimitable Glitter)

The incorporation of the lights creates a story for art-goers to interpret. Without them, some elements of the mural would go unnoticed.

Matthew Passmore, the creator of Handsignals, located in the Mission District, explains the importance of light in his piece.

“It’s (the light) critical. It was a little bit of a challenge to get the Arts Commission to go along with a lit piece. The lighting is so critical to it. If the lights don’t work, ya got nothing,” says Passmore.

“Light is the essence of the piece. It comes to life at night.”

Passmore is right when saying these pieces come to life at night, some more than others. One of this year’s new most-raved about exhibits is the Photosynthesis Love for All Seasons, a vibrant imagery show that is projected on the exterior of The Conservatory of Flowers. More events occurring during The Festival of Light include Sausalito Lighted Boat Parade, Parol Light Festival, and After Hours at the Conservatory-Botanicals and Brews Beer Garden.

Illuminate SF’s website provides maps of free self-guided walking tours along with detailed information about each piece and the artist behind the work. The festival along with its events will last until New Years Day. The final celebration will go off with a bang on the Moonlight New Year’s Eve Fireworks Party Cruise.

After Hours at the Conservatory – Botanicals and Brews Beer Garden