The Loud Voices of a Quiet Print 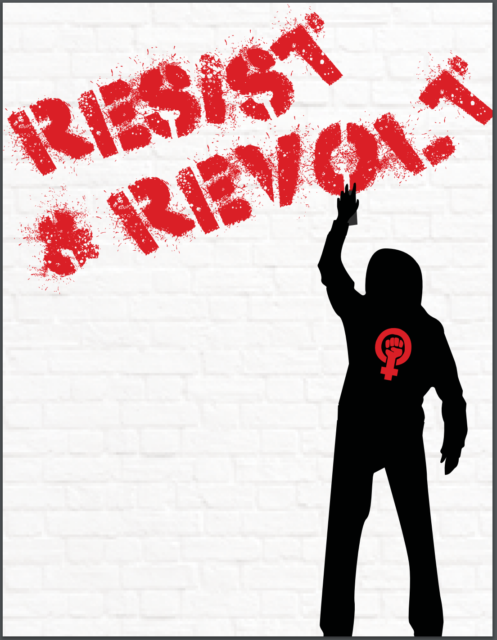 Seniors of the Women and Gender Studies department at San Francisco State University slowly filtered through the door of room 131 in the Humanities building. Most of the tables and chairs were pushed towards the walls of the room, leaving only two tables in the center. The seniors took their seats around the classroom and chatted with each other. As the room filled with more people, the volume grew and the atmosphere transformed from dull to lively.

The last senior walked into the classroom and Julietta Hua, the W.G.S. department chair and the class’ professor, considered it a que for her to take her position in the center of the class. Her outfit—a blue-knit sweater, a black a-line skirt, and thin-framed glasses—and confident stance displayed her authority over the class.

Starting with the student closest to the door, Professor Hua asked each student how their week went. The class only met once a week on Wednesday afternoons, so she decided it was important to start it by checking-in with each person to see if their physical and mental health improved or diminished from the prior meeting. Her goal is to make sure they felt included, a theme that not only ran the class, but also the entire department.

Although the class is taught around the idea of inclusion, its overall focus is on the creation of a publication that reflects what is taught in the W.G.S. department.

“Early on there is the collective brainstorm of ideas, themes. And then they decide, sort of what they want to contribute, what role they want to play,” shared Professor Hua. She does not contribute anything to the publication, but she acts as the managing editor by making sure students stay on task and create a piece they are proud to publish.

The department chair has taught the class for a couple of years, but the department started the publication long before she was hired in 2006. 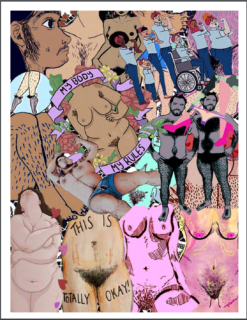 Throughout the years the publications became a combination of informative and personal pieces that showed how the students dealt with their own experiences and the experiences of the public, whether it was from a political or social perspective.

“It’s a research based article or its more of a conventional news piece or research piece, but the purpose of the collaboration is to reflect together with a group of your graduating classmates and to think about what-what is a feminist intervention,” explained Hua. “What does it look like and what does it look like when you have to think about it with other people, like collectively.”

Professor Hua continued asking around the room, finally landing on Shonnon Gutierrez. She perked up, pushed her hair behind her ears and shoulders, and recounted how she felt over the previous seven days. Many of the responses Professor Hua received from her students were short or delved into hardships, but Shonnon was more positive. She explained how happy she was because she had the chance to go dancing the night before, something she could easily be caught doing when she was not commuting or doing homework. With all the adversities that the average American could face, she was glad she woke up to see another day.

At forty-seven-years-old, Shonnon is finishing her last semester at SF State. As she grew up in Los Angeles, she never finished high school and started having children in her early twenties, eventually having a total of two sons and one daughter. When 2014 rolled around, her two older children moved out which left her with less responsibilities and more free time. She knew it was her opportunity to start her academic career again, but she was unsure of how difficult enrolling into a community college could be.

“I didn’t have my GED [General Education Development Tests] and I didn’t qualify for a Pell grant due to that,” shared Shonnon. The fear of being academically held back because of past decisions pushed her to work hard for her GED diploma. She received it in May of 2014 then started community college shortly after that.

Her perseverance did not end with the start of community college. She was able to graduate in the spring of 2016 and was even asked to be a commencement speaker.

When she began attending SF State, she knew majoring in women and gender studies was the right choice for her.

“My parents are from Mexico and my mother had to deal with a lot of machismo from my father. My mother divorced my father and got citizenship on her own,” expressed Shonnon. She continued, saying that her mother’s struggle to be successfully independent and finding her identity guided her to the W.G.S. department and helped her choose a topic for her piece going in the publication.

“On my own, I’m going to do a piece on identity, on claiming identity, and what that means whether it be gender identity, cultural identity. I identify as Chicana and what does that mean by claiming Chicana, what does it mean by claiming an identity,” shared Shonnon. She decided to format her piece as a letter to her daughter that touches on President Trump and America’s current political climate. Shonnon is also collaborating with other students from the class to create a feminist horoscope.

“I feel like my piece is important for the publication because it gives voice to those that are hidden and are denied the claiming of their identities because of the binary systems, because of the gender norms, because of race,” said Shonnon.

Shonnon is not the only student to decide on personal pieces that surround controversial topics. Twenty-two-year-old Ines Diot graduated from SF State in December with a bachelors in women and gender studies. She contributed a piece to the fall 2017 publication that was written as a creative essay.

“I was sitting in my house one day and started reflecting on myself,” explained Diot. She shared that she wanted her piece to be personal by writing about abusive relationships, but it still touched on some heated subjects, such as the monuments of Confederate soldiers being removed. Her essay followed a theme of “out with the old and in with the new.”

Diot not only wrote a piece for the publication, but she also created a video and helped draw the cover while laying out the cover and everyone else’s work. Every publication has followed the idea of being completely student ran. The only part of the process that the students do not work on is the printing—which costs about $200 in total so each student can receive a couple of copies of the final product.

Diot is glad she has a tangible representation of her work at SF State. “I was really, really happy. I loved how it turned out. I keep looking at it because I’m really proud of the work we did,” exclaimed Diot.

As Professor Hua continues teach the class, she pushes her current students to create a piece and publication that is unique to their personal experiences and opinions.

“I think it’s important that at the end of your degree, you’ve had a chance to really take time and reflect on what that degree has meant or the journey you have taken, right? All the different classes, the things you’ve learned and to think about what you’ve taken away from it,” Hua stated. 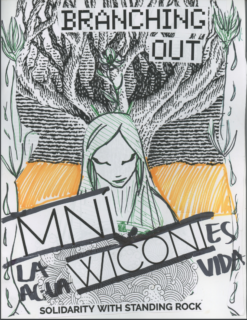 While the end of Shonnon’s time at SF State draws closer, she plans on going back to school to get a master’s in social work to help survivors of domestic abuse and those that are in need.

She shared some advice for the students taking the senior seminar class next semester. “I would say to really get to enjoy the time with your senior class, seminar class, and make those bonds because I know that a lot of the friendships that I made are going to carry on. But also to take a moment to not only focus on getting work done, but to really enjoy it because this is your last semester and it’s the journey that really counts.”

Previous publications from the class can be found online or in the Women and Gender Studies department. The spring 2018 publication will be available in the fall.