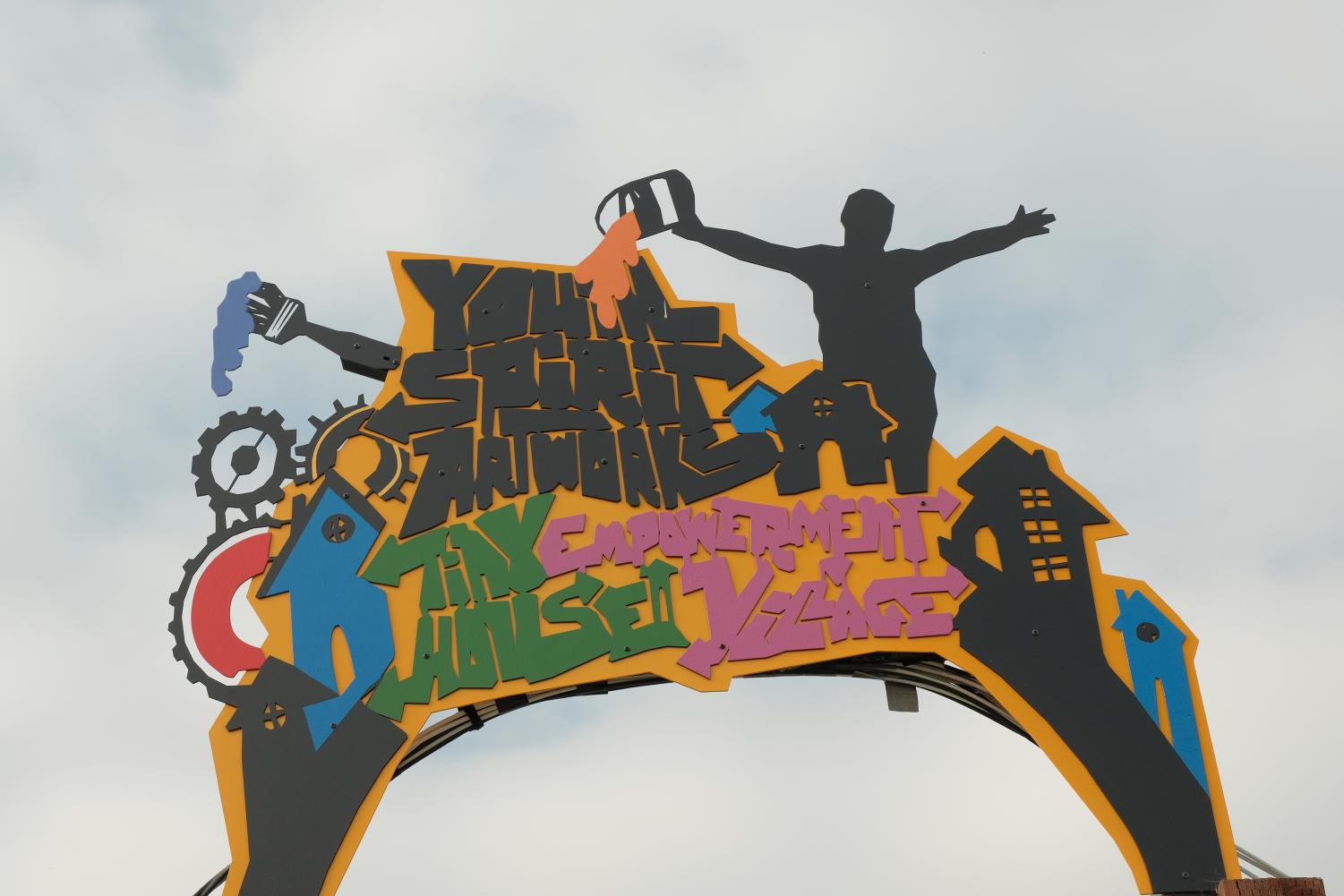 Delilah Aviles, 20, has experienced what many are struggling with in the Bay Area:  homelessness. Yet, she radiates positivity.

“I like to take it day by day because my future is not granted or certain,” Aviles says. “But I know that my daily steps lead up to my goals.”

When the pandemic started in 2020, Aviles lived in her car. She moved back to California from Florida and stayed anywhere she could that would “feel like home.”

According to the current City of Oakland Point in Time Count Report, which is used to calculate how many people are unhoused each year, there were 4,071 people without homes in Oakland during 2019. The report says that 79% or 3,210 of those people were unsheltered.

The United States Interagency Council of Homelessness reported in 2020 that 12,172 young adults experienced homelessness within California.

“The thing that makes our program unique is that it’s not just serving you in the moment where you are at right now, but it’s really helping people focus on their future,” de la Torre says.

The village consists of 22 8-by-10 tiny homes, with four reserved for on-site resident assistants. Residents are able to stay for up to two years and must be between the ages of 18-24. The oldest aged applicant Youth Spirit Artworks will accept is 23.

Youth Spirit Artworks was created in 2007 by Sally Hindman, who has worked in management and nonprofit experience for over 20 years. Not only does the village supply medical care, but they also provide residents with equine-assisted services for healing trauma and weekly budgeting and art education classes.

Some residents work while others attend school, but Tiny House Village assistant manager Jesse Turner says that this community provides a space for residents to “figure out who they are first and foremost.”

“Here, everyone has a space to go to, to process the hard days and their challenges,” Turner says. “And then they have community space to go to when they need support. I think that’s just how it needs to be everywhere.”

Turner lives in a green and turquoise tiny house. He’s lived there since 2020, acting as caretaker of the village before residents arrived.

“I feel like a stepdad with 20 kids,” Turner says. “Some of them call me mom. My job goes from unclogging toilets and fixing septic tanks to helping people when they’re going through tough times.”

Turner also says that the pandemic played a big role regarding homelessness over the past couple of years.

“About half of our residents have actually never experienced homelessness until COVID,” Turner says. “Some of their stimulus checks were late and they didn’t get them until August 2020. At that point, they had been on the streets for three months.”

In addition to working on projects that Youth Spirit Artworks leads, participants are also creating their own projects to better their community.

“Residents work with each other on different things,” de la Torre says. “For example, one of the leaders who’s not specifically a resident led his own workshop about graffiti art and just opened it up to the community.”

Aviles, who studies medicinal plant chemistry at the City College of San Francisco, is working with an organization called the Women’s Forest Sanctuary to create monthly visits for residents to travel to local redwood forests.

“These monthly trips to the forest have restorative justice,” Aviles says. “We’ll pay people to come and teach us. We’re always in a circle and being a community, which is an indigenous practice.”

The Tiny House Village has volunteer hours between 9:30 a.m. to 4 p.m. every Saturday where people can help build new tiny homes. They have the goal of creating 100 homes for youth who struggle with homelessness and hope to create more villages in the future.

“We’re hoping to use the process that we went through to create the first village as a model and a learning experience to create other villages in the future to hopefully turn that around at a faster time,” de la Torre says.

Aviles says that she is grateful every day for the opportunities that come her way and that she’s motivated to make the most out of what she has.

“Space is power. To create is the power,” Aviles says. “It’s quite amazing to have all these resources but we have to put it to work and apply it. I think it’s a trickle effect — our effects in the world as individuals trickle into our communities. It’s important to put ourselves out there in the world and show up.”