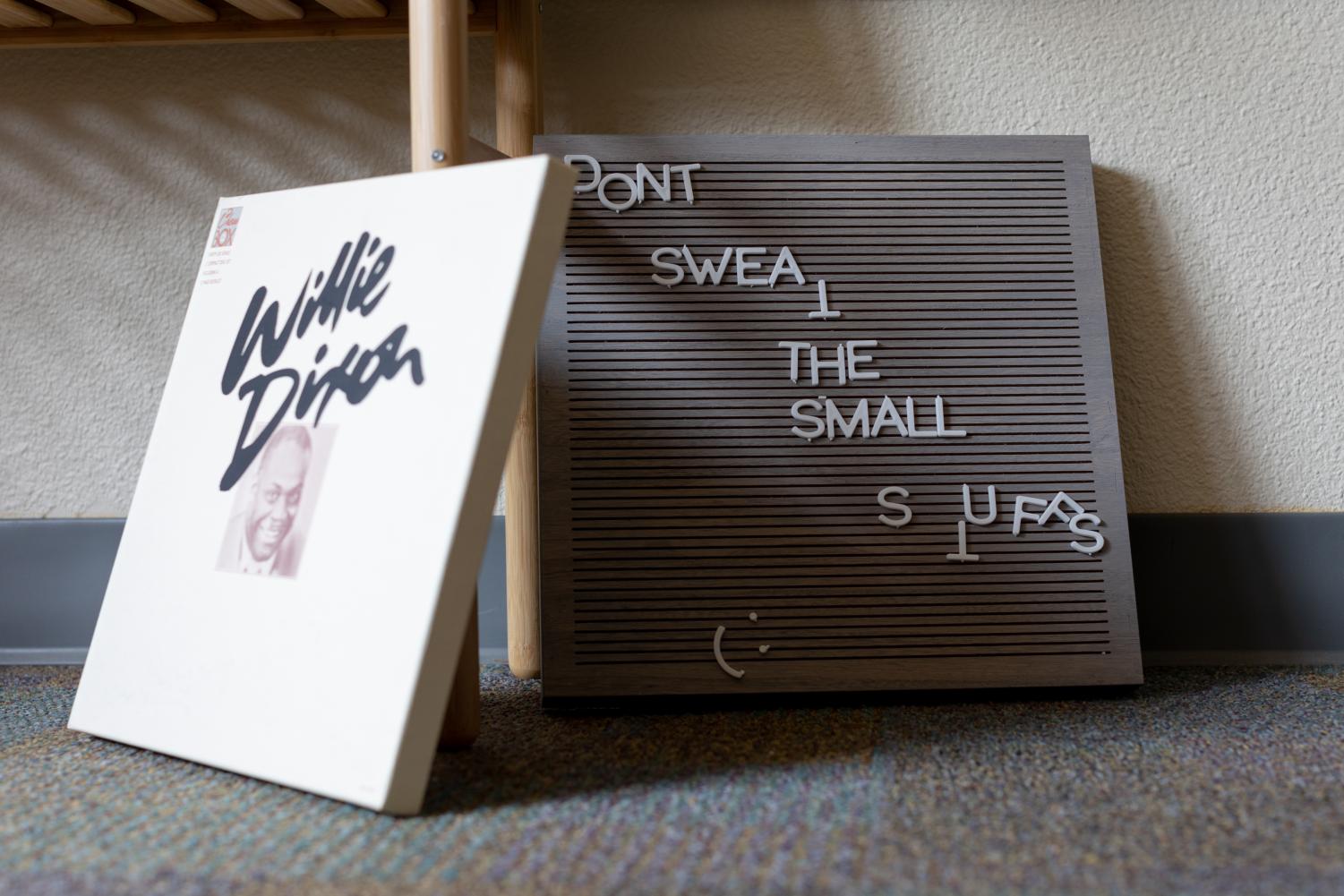 It was little things, at first.

Little things, said former resident assistant Tori Bell, that were part of a much bigger problem — issues within San Francisco State University Residential Life that, according to multiple sources, had gone unaddressed for months.

In the middle of the Fall 2021 semester, Bell abruptly quit her position, sacrificing her free on-campus apartment in one of the most expensive cities in the country, all for the sake, she said, of her wellbeing and mental health. It had been less than three months since she’d first started in Residential Life, a remarkably short period of time before her departure.

In the end, the negatives outweighed the positives — she said that long working hours, poor living conditions in the buildings, and what she perceived as threatening behavior from the department’s directors ultimately led to her decision to leave. She was willing to live paycheck-to-paycheck if it meant getting her sanity back.

“I work 45 hours a week, I pay rent that’s too high and I have no groceries,” she said. “It wasn’t a great decision to go, but I’m happy I did because I’m not here.”

How did it come to this?

RAs, also known as resident assistants or student leaders, serve SF State’s residential communities by providing support, advocacy and roommate mediation to students who are living in on-campus housing, according to their employment contract. In return for their work, Residential Life, or ResLife for short, compensates its RAs with free housing and a meal plan for the entirety of the academic year.

“On paper, the position is perfect,” said Bell.

Residential Life is SF State’s “on-campus living community,” according to their website, that houses up to 3,500 students across five living communities or residential halls. The department falls under the Division of Student Life & Dean of Students at SF State. DSL facilitates a number of student programs, including Associated Students, Campus Recreation and Presidential Scholars.

ResLife director David Rourke said that while the workload — which can include desk assistance, maintaining bulletin boards and being on-call or “duty” for their residents — can be heavier at the start of the school year, the RA contract only allows students to work up to 15 to 25 hours a week.

“The effort and the work does vary based on the type of students that we’re working with and the type of community that we’re in,” Rourke said. “It usually shows up on the higher end at the beginning of the semester because we’re doing a lot of community investment as student leaders are trying to get to know their residents.”

Current RA Zion Levi joined the ResLife team in 2020 and said that her introduction into ResLife was positive at first. As a Black student, Levi said she felt represented by her supervisor, who was also Black, had a background in counseling and was “very level-headed.”

Things changed quickly when she returned in 2021 — a new residential hall with new residents and new RAs brought on a barrage of issues and conflicts that she hadn’t anticipated. She said it was a tumultuous beginning, with most of the pressure put on returning student leaders by ResLife, which Levi claimed was uninvolved with its student workers.

Feeling overwhelmed by the amount of work they were expected to fulfill, sometimes up to 70 hours a week, according to multiple sources, Levi and other RAs chose to reach out to their supervisors and the ResLife directors for support.

Their requests for help, Levi said, fell on deaf ears.

Rourke said that resident assistants are advised to bring their concerns to their direct supervisors.

“We do help and try to guide student leaders to make sure that they’re within that 15- to 25-hour range. Those should be conversations that they’re having with their supervisors. It’s one of the reasons why they all report to a supervisor,” Rourke said.

Meanwhile, across campus in the freshman dorm building, Mary Ward Hall, Olivia Gillett had been sleeping through the long, cold San Francisco nights without a heater. Gillett, a fourth-year student, left ResLife at the same time as her girlfriend Bell.

“The heating wasn’t working from the day we moved in,” Gillett said. “It was a mess, like the whole building was broken down, abandoned, unclean and nothing was working.””

“The heating wasn’t working from the day we moved in,” Gillett said. “It was a mess, like the whole building was broken down, abandoned, unclean and nothing was working.”

Rourke said that while he could not confirm if residents and student leaders had moved in prior to the hot water and heating being fixed, ResLife had alerted the RAs that Mary Ward Hall was experiencing plumbing issues, which could potentially affect their ability to move directly into the dorms during their summer training. He deferred to Facilities & Services for more information.

Gillett had been planning to quit prior to the issues with heating, hot water and rats. She said she had been working up to 70 hours a week at ResLife and struggled to balance her academic responsibilities with her RA workloads.

“When I started working, I didn’t realize the disconnect that [ResLife] directors have from students,” said Lee Lockhart, a current RA for the Towers residential community.

Lockhart started working in ResLife at the beginning of the Fall 2021 semester. Around that time, returning student leaders created a group chat meant to connect resident assistants from the different living communities on-campus. The group chat’s intention, said Lockhart, was to provide a safe space where student leaders could be honest with one another — without the influence of directors or professional supervisors.

During an all-staff meeting in October 2021, a group of RAs — frustrated and fed up with the response from ResLife regarding the issues in Mary Ward Hall — walked out, encouraging others in the group chat to join them if they felt comfortable doing so. Soon after, Rourke said that he was made aware of the group chat by a student leader, who had felt bullied and pressured into joining the walk-out.

Rourke said that ResLife had been aware but not involved or actively been part of the group chat prior to the bullying allegations being brought to light. He said that, in the context of the chat messages, the student’s safety was a cause of concern.

Following the walk-out, emails from ResLife were sent to RAs across all communities with dates and times to meet individually with a director. The nature of the meetings was described as “information-gathering” and “non-disciplinary.”

“[ResLife] basically made the situation seem as if we were in the wrong and we were forcing other students to leave… when in reality, we were just letting people know, like, ‘We are over this if you would like to come with us, come with us,’” Bell said.

She added that the email made it seem as though RAs were intentionally malicious, pressuring other students into following those who had left the all-staff meeting.

Meeting dates were assigned based on class and extracurricular schedules, without taking into account other work that RAs might have been responsible for outside of Residential Life. Students who did not attend these mandatory meetings were sent emails stating that their meal plans would be suspended and the future of their position in ResLife would be at stake.

“[ResLife] scared everybody,” said Bell. “Nobody wanted to talk.”

While Rourke confirmed that such emails were indeed sent out to two students who had missed their scheduled meetings, he was unable to provide Xpress with the email thread due to “department personnel practices” and a California Superior Court ruling from 2008, in which personnel records were deemed to be confidential information.

“As that email was a notice in the investigation involving a team member, it is not our practice to share those documents to be in compliance with that ruling,” Rourke said.

Levi, who met one-on-one with Rourke and her immediate supervisor, described the experience as feeling like she had been “thrown to the wolves.”

“I felt like I was in there alone,” she said.

During the meeting, Levi pointed out how she and other Black RAs felt that they had been unfairly targeted throughout the investigation due to their race. Rourke assured her that only three Black student leaders had been called into meetings with ResLife; according to Levi, however, the number was much higher.

“I know for a fact it was seven [Black RAs],” she said. “I don’t know why [ResLife’s] perpetuating this false narrative. I think it’s funny how [they] put on this whole investigation, but when [a Black student leader] was racially profiled [by campus police], [ResLife] did nothing about it.”

While it could not be confirmed if any student leaders were actually fired from their position, Bell and others felt as though the emails were intentionally threatening towards students. Rourke said otherwise, adding that the emails were meant to encourage students to treat the situation seriously.

“I don’t think that there was any malice from it,” Rourke said. “We did pivot to try to make sure that we avoided those types of situations in the spring.”

Rourke added that ResLife had been actively working towards improving communication between student leaders and staff since the incident with the group chat.

“We’re working through [those issues] together,” he said.

Lockhart said that the investigation never really found closure, except that ResLife stated, months later, that they hadn’t found any evidence of bullying.

“We never really got a solid answer other than they didn’t find anything. It was very vague,” he said.

Lockhart added that in addition to connecting student leaders from different residential buildings, the group chat created a stronger sense of community and solidarity among workers.

“I definitely talked to a lot more RAs back then,” Lockhart said.

Tori Bell alleges that in October 2021, she, Gillett and other RAs were at the receiving end of a mass email campaign sent by angry parents, many of them asking why facilities and services in the dorms — which range from $1,000 to $1,200 a month in rent, not including meal plans — still weren’t fixed. Xpress Magazine was not able to independently confirm the existence of these emails by the time of publication.

While representatives from Facilities and Services did respond to requests for comment from Xpress Magazine, they were unavailable to meet with Xpress prior to publication. While the department is not directly connected to ResLife, Facilities & Services is responsible for maintaining all on-campus grounds, including student housing.

Issues with communication, conflicts between staff and students, and unaddressed concerns within ResLife are not a new phenomenon, said former resident assistant and SF State alum Megan Murphy.

In late December 2019, Murphy and other RAs went on strike after months of feeling abandoned, mistreated and ignored by their supervisors, they said. During an all-staff meeting, student leaders stood up, turned their chairs around and began to read off a list of seven demands to improve work conditions for student leaders and their residents.

ResLife was given two days to respond to the demands. Though the department did reply, Murphy and those leading the strike felt that the response was lacking.

Another week passed between emails from ResLife to the strike organizers — this time, the department was more willing to meet student workers at their level, though they remained firm on other demands, according to Murphy.

Two of the main demands — increased safety and mental health crisis training for student leaders and increasing the number of desk assistants at each building — were met.

Murphy said it was through the organizing work of the students that changes in the department began to take place.

“ResLife will hold all that shit over your head that’s like, ‘Oh, we’re giving you free housing, we’re paying for this shit.’ But at the end of the day, it really is a job. You have rights,” they said. “You shouldn’t be afraid to organize and demand that your basic rights as a student worker are being met.”