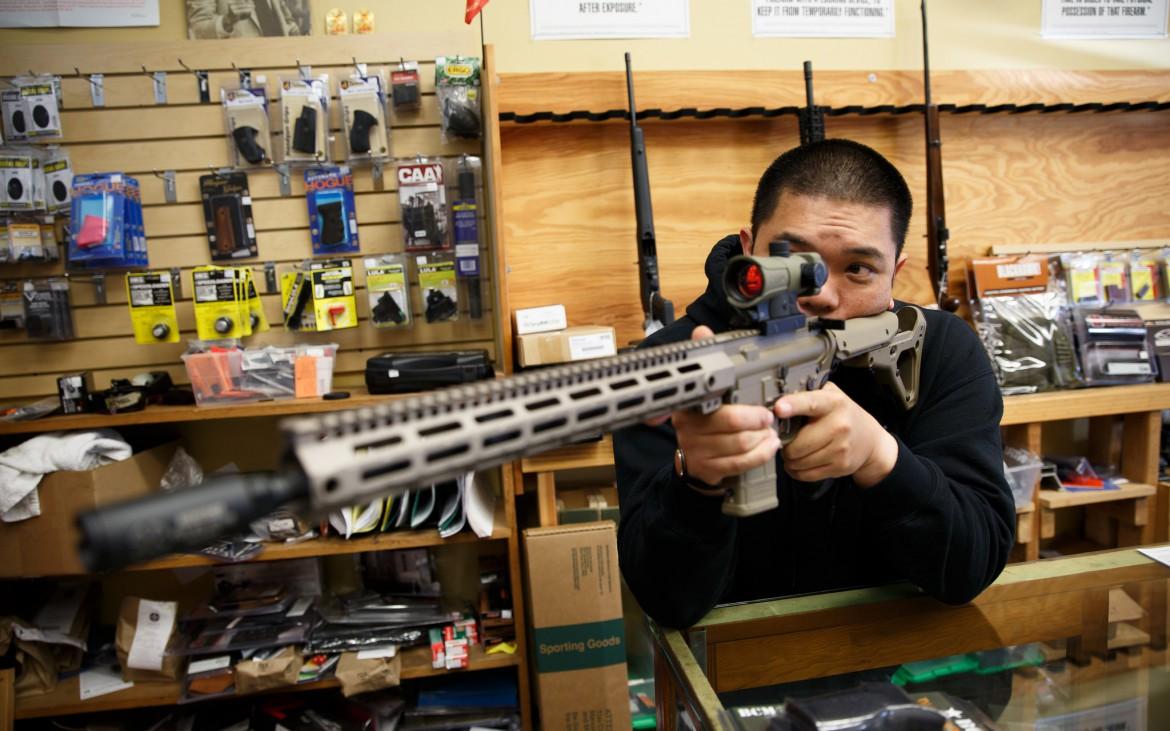 At first glance, San Francisco might appear as if it welcomed swift, bullet-riddled judgement at the hand of one, but despite box office success, the characterization of Callahan and his methods were fictitious from the start.

A total of five “Dirty Harry” movies were made in San Francisco over a period of 17 years. Each iteration was arguably more and more contrary to the reality of San Francisco police work.

Following White’s trial, after which he served five of a seven-year sentence at Soledad State Prison, the White Night riots protested everything from gay rights to police brutality and the frequency of which guns were used as a primary tool of resolving issues.

Now, San Francisco, in what is a culminating into a politically-sticky event, will be the firearms antithesis of what was portrayed in the movies of yesteryear.

However, High Bridge Arms isn’t being forced to close. The business is willingly closing to spare its customers from perceived intrusions coming from a new batch of gun control ordinances proposed by Supervisor Mark Farrell, which unanimously passed the Board of Supervisors Oct. 27.

Supervisor Farrell’s regulations require all gun stores in San Francisco to operate multi-angle camera systems that law enforcement can draw upon if necessary.

More than that, the law requires comprehensive record keeping of ammunition sales, including, but not limited to, the purchaser’s full name, address as well as the caliber of the ammunition.

“This isn’t the first attempt to get us out of here,” said Steve Alcairo, general manager of High Bridge Arms. “Everyone is a little tired of fighting this stuff.”

Attempts were initially delayed due to the city holding off retail permits to the store because the neighborhood association Northwest Bernal Alliance claimed the store brought violence to the area.

Sgt. William Coggan, who led the permit committee in 2010, told SFGate that claims of violence were unfounded and that “High Bridge appears to be a reasonably well-run business.”

“San Francisco supports strict gun control, as do I,” Wiener said.”It’s fine with me for San Francisco not to have a gun shop. Guns whose sole purpose is to shoot people have no place in our city in the hands of civilians.”

“San Francisco supports strict gun control, as do I,” Wiener said.”It’s fine with me for San Francisco not to have a gun shop. Guns whose sole purpose is to shoot people have no place in our city in the hands of civilians.””

Mayor Ed Lee and Chief of Police Greg Suhr had to deal with a high-profile, murder-by-firearm case in July. A .40-caliber handgun was used to murder Kathryn Steinle as she walked with her father on Pier 14.

Steinle, 32, was shot once in the chest by Juan Francisco Lopez-Sanchez in what prosecutors are calling a random event. Remanded until the trial, Lopez-Sanchez could serve the rest of his life in prison if convicted as charged. The family of Steinle is filing a wrongful death suit against the city of San Francisco.

The Steinle case brought the issue of gun control into focus in San Francisco politics.

Second amendment lawyer Doug Friesen said this new legislation would have done nothing to prevent the Steinle shooting, nor would it really get to the heart of gun violence.

“This is really just a feel-good fix,” Friesen said. “The real issue is, the underlying issue, is mental health and being able to treat people who need it.”

If the regulations pass, High Bridge Arms could challenge them by taking the city to court, according to Friesen. However, battling court cases is an expensive, arduous process which many people do not pursue due to financial reasons, no matter the strength of their case.

“The question here is, ‘is this going to be worth it?'” Friesen said.

Even if High Bridge Arms will be no more, establishments beyond gun stores sell firearms and ammunition. Places like sporting good stores and Walmarts have long been selling these accoutrements throughout California and the United States.

A Walmart does not currently stand in San Francisco, but a Big 5 Sporting Goods does. The sporting store does not sell firearms or ammunition.

“No, we stopped selling guns and ammunition about five years ago,” Smytheman said.

Smytheman referenced the city’s 2012 and 2013 Master Fee Schedule of Budget Submissions, which steadily increased the cost to file, purchase and maintain the various licenses associated with selling firearms and ammunition as the reasoning for the decision.

“You can go down the road to Daly City and buy some,” Smytheman continued. Having previously worked at the Daly City branch, Smytheman estimates that half of the people in the store buying firearms were coming from San Francisco.

If not a sporting goods store, a final avenue where guns might be available is a pawn shop. Some pawn shops do have firearms in their business models, however, that is not the case in the city, according to licensing records.

“If a customer brings in a gun or a weapon to pawn, we have to send them elsewhere,” Martin said. “I don’t think we are permitted to, plus it’s company policy.”

The only pawn shops that he knows of that are capable of dealing with firearms are located outside of the city.

San Francisco’s proposed gun control ordinance is not groundbreaking or rare. From Los Angeles to Sacramento, several municipalities have implemented ammunition tracking as well as store surveillance for more than a couple years, with new regulations annually. Despite the growing trend, San Francisco will be unique in that it will be the only city lacking a firearms supply store.