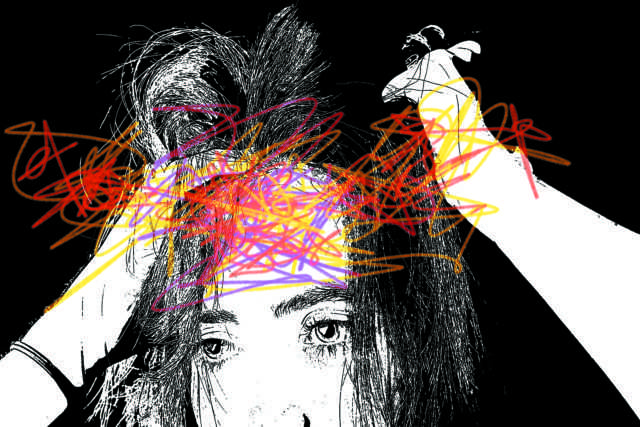 As we sat in that dark corner for two hours on a mid-December afternoon, I heard the noises of what was happening on the other side of the locked door. Noises of bullets leaving guns and SWAT team officers banging on doors. The sounds that meant two of my high school classmates would lose their lives. Our side of the locked door was full of sounds of “I love you” texts sent, of tears, of racing heartbeats.

Arapahoe was your typical middle class, predominantly white high school in the suburbia south of Denver, Colorado. But in it meant so much more to us students—both before and after that thirteenth of December. It was home. Added all up, I likely spent more time in those halls than in the ones at my actual house.

But in just those two bangs, my second home became a war zone—a place to fear. A fear that encompassed my mind and took control of my body. If I wasn’t safe sitting next to two best friends in fifth period English on a Friday afternoon, where was I safe?

In the following weeks, months, years, life continued to go on. The world forgot about us. CNN stopped coverage, vigil candles burned out, and normalcy seemed to ensue. It’s odd how little people talked about it–not my parents, not my friends. It was as though if we didn’t talk about it, it didn’t really happen. It couldn’t affect us. Until it did.

Post traumatic stress disorder (PTSD) is cunning in that it can sneak up on you.

One minute I’m walking down the second floor of the business building at SF State, and the next, I find myself in the handicap stall of the women’s restroom trying to deep breathe my way out of a full-blown panic attack. The trigger is a poster I’ve seen a dozen times, but today it decided to boil my blood and shorten my breath. It states, in large, unmissable writing, “WHAT TO DO IF THERE IS AN ACTIVE SHOOTER.” It’s been five years since the shooting. My last panic attack happened just a few weeks ago. With PTSD, triggers get to decide when they affect you. 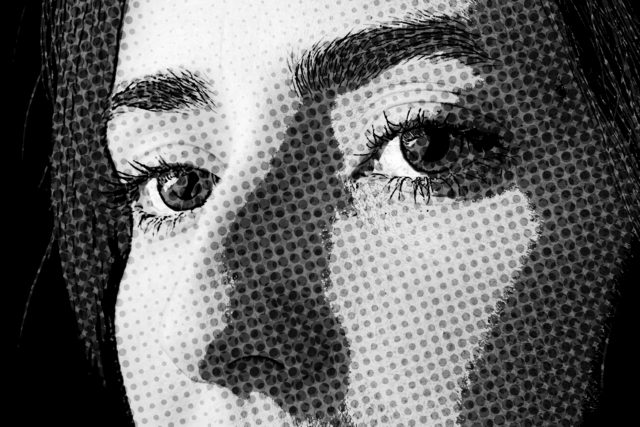 As I was reporting on the March for Our Lives, a rally for gun control, last spring, I talked with a mom whose daughter, Hannah Strotman, attended UC Santa Barbara while there was a shooting there in 2014. The shooter was seeking revenge for being rejected by women and ultimately killed six people before taking his own life. Although Hannah wasn’t at the school at the time, she was still traumatized that her own school was attacked.

While Hannah held back tears, her mom turned to me and said, “Here’s the travesty: We’ve created a generation of kids who are gonna be post traumatically impacted by this.”

My story is far from special. Arapahoe was one of thirty-seven schools where there was a shooting in 2013. So far this year, seventy-six schools have experienced gunfire on school grounds, according to the Everytown for Gun Safety Support Fund. That mom was right. Where Baby Boomers had Vietnam, we have active shooters walking into our schools.

PTSD is defined broadly as the psychological effects people experience after having experienced or witnessed something traumatic. That word, “something” creates this vague connotation, a wonderment at what exactly may qualify as traumatic.

As she presses her hand into the Diagnostic and Statistical Manual of Mental Health Disorders, Fifth Edition, Dr. Melissa Hagan, a psychology professor at SF State, explains that, “when you say trauma—what this book refers to as trauma is an event that threatens your physical integrity. So, an event that is so extreme that it is going to cause, or threatens to cause, some sort of serious injury to you or to someone you know or you’re witnessing.”

Dr. Hagan goes on to explain all the many symptoms that can come with PTSD: Hypervigilance, “being extra on alert for any cues of danger;” reexperiencing, an involuntary action when someone suddenly experiences senses that remind them of the event; intrusive thoughts; dissociation, where there is a “lack of integration between memory and consciousness and subconsciousness,” leading to a feeling of being outside of your own body; anxiety and panic attacks. 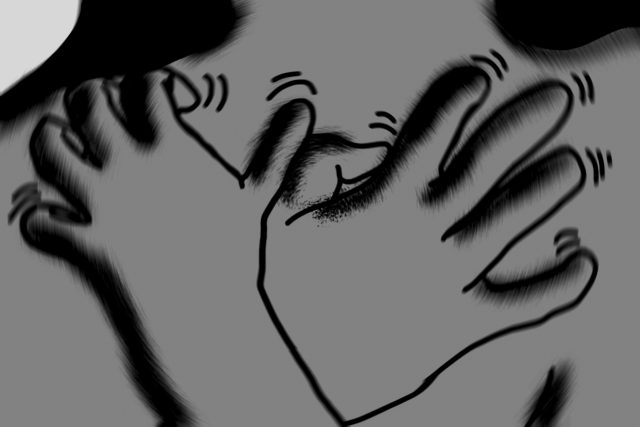 Most people who have PTSD likely experience it many different ways—perhaps all the symptoms affect you, while with others are affected by only one or two.

I decided to get in touch with the other students who were in that same classroom as me on that Friday the Thirteenth. I realized this was something we never talked about together: How we individually dealt with the trauma that we all experienced together. I experienced symptoms such as anxiety, panic attacks, and dissociation—but what had they been going through all these years? Of the twenty or so that huddled in that corner, the following divulged their personal emotions:

Isabella Schutz, now a twenty-two-year-old student at University of Colorado, Boulder, explains that she felt a big loss of control afterward—since we were in a situation that was so completely out of our control. Her emotions were also delayed, due to the shock of the situation.

“None of that was really brought to life until I went to therapy for it,” Isabella says. “I think I was playing the tough girl card for a while and trying to act like it didn’t affect me, but looking back like I was so confused as to why I was feeling so much anxiety . . . but then it all led back to the shooting, which was eye opening.”

In an reverse way, Baergen Schultz, also twenty-two now and with us on that day, says her anxiety started out strong, then faded away over time. Following the shooting, she remembers feeling uneasy in any given situation, but especially when we returned to that classroom. Some nights were filled with nightmares, some days with flashbacks or dissociation.

“I remember I hated when people brought it up, even my family when they tried to talk to me about,” Baergen describes as she says she only wanted to talk about it with people who also experienced it—the only people who could relate to the way she was feeling.

Today, much of her symptoms have faded away on their own: “Except random things will trigger those experiences—like sometimes being in libraries will bring back those feelings or just give me a lot of anxiety or freak me out like something bad’s gonna happen.”

Libraries are a trigger because that’s where the boy who entered our school halls with a shotgun and three Molotov cocktails ultimately killed himself. The space was shut down during the following semester. Where that poster in the business building is a trigger for me, libraries can be for Baergen.

“I remember not really being able to sleep for like those first two days after just ‘cause of all the stress and emotional turmoil and whatnot,” shares Katie Buckley, who currently attends Texas Christian University. In those following days, she spent time trying to distract herself from the trauma, recalling sleepovers and Christmas festivities.

“Then, after that, I was sick of feeling so helpless and stuff ‘cause I hate feeling like that, and like there was a huge weight on my chest. So I sat myself down one day and just sat there and thought through everything and basically organized all my emotions—if that makes sense. That helped a lot.”

Katie was able to work through what happened on her own, as was Baergen with the support of other students who were there. For Isabella and me, the shooting catalyzed longer-term anxiety that couldn’t fade away simply with time.

It was so refreshing to finally—after nearly five years—talk to them about how they were affected. Although we all sat in that same classroom together, it seemed that all of our PTSD manifested in different ways. It only further made me wonder why we didn’t all talk about it sooner—perhaps that in itself could have helped us heal.

With an increase in school shooting every year, inevitably comes an increase in cases of PTSD for the students who survive. But it’s not just us unlucky ones who are experiencing stress from shootings.

In the American Psychological Association’s annual report, Stress in America, they found that seventy-two percent of Generation Zers and seventy-three percent of Millenials have significant stress about, “school shootings or the possibility of them occurring.” This percentage of stress was higher than any other category, including climate change and sexual assault, for Generation Zers.

Rosemary K.M. Sword and Dr. Phillip Zimbardo, co-authors of the book, The Time Cure: Overcoming PTSD with the New Psychology of Time Perspective Therapy, claim that every time our country has another mass shooting, the country itself suffers from mass PTSD.

“We collectively hug each other, weep together as we feel intense sorrow, and vow ‘never again!’” the authors write in an article for Psychology Today. And they have a good point; each new shooting is followed by Twitter hashtags, nationwide news coverage, and a superfluous call to action. Then we forget about it until the next one occurs and the whole dog-and-pony show ignites again.

We survivors are left to try to figure out how to make sense of it all as the world carries on.

There’s a generalization with PTSD that it will affect you for the rest of your life, says Dr. Hagan. But she wants people to know that this disorder is treatable, and likely recoverable. “Sometimes that is the case, sometimes PTSD will improve and then maybe something small happens and it can be reactivated, sometimes it improves and people feel better than they did before the event—we refer to that as post traumatic growth.”

Post traumatic growth was first noticed by researchers of PTSD in the past twenty or thirty years. They found that not only were some people okay after incredible events of trauma, but they became more resilient and furthermore, had better mental health than they did before the incident.

“For some people, the event causes a questioning and an opening up to a different way of seeing themselves and seeing the world,” explains Dr. Hagan. “You can imagine where, with symptomatology, that open-up-ness, opens up to ‘Oh my god I could be dead at any time!’ vs. ‘Oh my god I am alive in this moment!’ For some people it causes kind of a shift in their perspective, and I think that’s largely what underlies the growth piece.”

And damn it, I am so happy that I am alive in this moment.

3 Responses to “Mind on Lockdown” 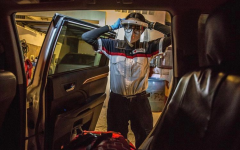 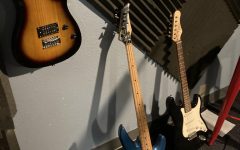 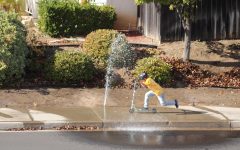 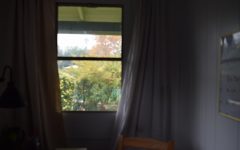