Ruff and Rescue: The Value of a Secondhand Pup 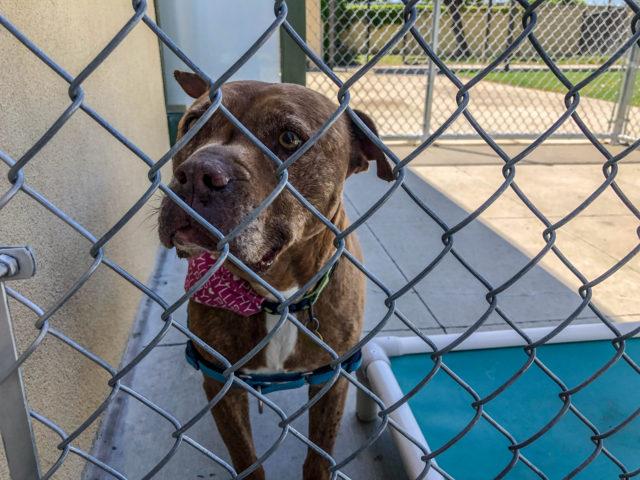 A man’s best friend, a phrase created to embody the bond between an individual and a dog.

“I chose to adopt because most shelter dogs come from a bad past and I wanted to give one a better life,” says Leslie Flores, a twenty-year-old accompanied by her 5-year-old pitbull.

The SPCA is one of hundreds of rescue organizations across the United States. With locations spread out across the Bay Area, they make adopting a family member a reality. According to ASPCA, 6.5 million animals enter an animal shelter every year, creating a concern of life or death for these animals.

“The most common misconception people have with rescue dogs is that they are damaged or that they have issues,” explains Melody Chen, founder of Love and Second Chances, “No dog is the same and that is the fact of the matter. There is no perfect dog just the perfect dog for the specific home.”

Love and Second Chances, a foster based rescue group was founded in 2012. Melody, alongside her team, work to rescue animals across Northern California and consist of two programs, both local and international. Following a trip to Taiwan back in 2012, Melody fell in love with the idea of fostering when she experienced the culture shock of stray pets across the streets of Taiwan. On one of her last days visiting, she was introduced to a stray dog, who was skin and bones and would not eat.

“We are passing our adoption rates every year, the more we intake the more we adopt. As we grow we are able to take in more and adopt more,” says Chen, describing the adoption rates for her rescue group alone. “Right now, it is 300 to 400 yearly.”

Adoption has played a big role in the way people across the nation obtain their pets today. The debate between purchasing versus adopting has not only created a conversation among individuals, but has even reached the legal side. In the first week of 2019, California became the first state to ban the selling of animals inside pet stores such as Petsmart or Petco unless they were tied to an animal shelter or rescue group. According to a New York Time’s piece, the law aimed to attack facility breeding, also known as puppy mills, which are known to house large numbers of animals in unsanitary conditions. This law was signed back in October 2017 by Jerry Brown, which meant the time frame would allow stores to prepare for the effect by partnering up with rescue groups.

“People should adopt because there is a special connection between a rescued dog and the one who rescued it,” explains Flores.

According to The American Pet Products Association, a survey found that an estimated 78 million dogs are adopted nationwide every year. Within these numbers, 34 percent of dogs are obtained from breeders in comparison to 23 percent from animal shelters. This means that although the stray animal problem continues to take place, people are wary of whether adopting animals from rescue groups is the right move.

“My biggest challenge was getting my family to change their perspective on pit bulls,” says Flores, “After a few months, they warmed up to her and saw her as a part of the family.”

Fostering a dog might seem like an easy task, as many take the step to prepare themselves with the responsibility of a dog before committing to children. However, most adoption processes include a set of interviews and house checks to ensure one is responsible enough to house a rescued animal. Orvis, an animal guide, states that one of the main reasons animals are surrendered into animal shelters is due to the higher expense than anticipated, as well as unexpected behaviors such as barking and anxiety due to separation between the dog and its owner.

Although adopting a pet might seem like the most ideal way to obtain a pet because of the large numbers of pets inside shelters, many people still decide to purchase their pets from a breeder. Animal breeders often make their business selling a specific breed to appeal to interested buyers, as well as often carrying more puppies as opposed to older dogs. Dogs such as bulldogs and corgis have become popularized through media.

“A misconception about breeders is probably that they’re just a business when most that I’ve known just love dogs,” explains Madi Hall, a San Francisco resident.

Hall, originally from Dallas, Texas, was not looking for a pet when an unplanned incident occurred. Her brother’s friend has purchased a dog from a breeder and had already put money down for one in a liter, when he passed away. Without thinking twice about it, Hall and her family opened their arms to yet another family member that would shape their bond.

“I believe people should adopt when they can, but getting a dog from a breeder is fine too,” she says.

One of the many reasons people might shy away from purchasing from a breeder often times has to do with the high costs regarding specific breeds of dogs.

As the conversation continues to spark interest, fundraisers and adoption events can be found fairly easily in the Bay Area as popular pet stores such as Petsmart and Petco host events on weekends. With California becoming the first step to end puppy mills, a revolution in upkeeping health concerns among animals continues to rise and hopefully prevent damage to animals in need.

In the words of Melody Chen, “adoption helps save a life, and it can teach compassion.”