Reality Bites at the Housing Precipice 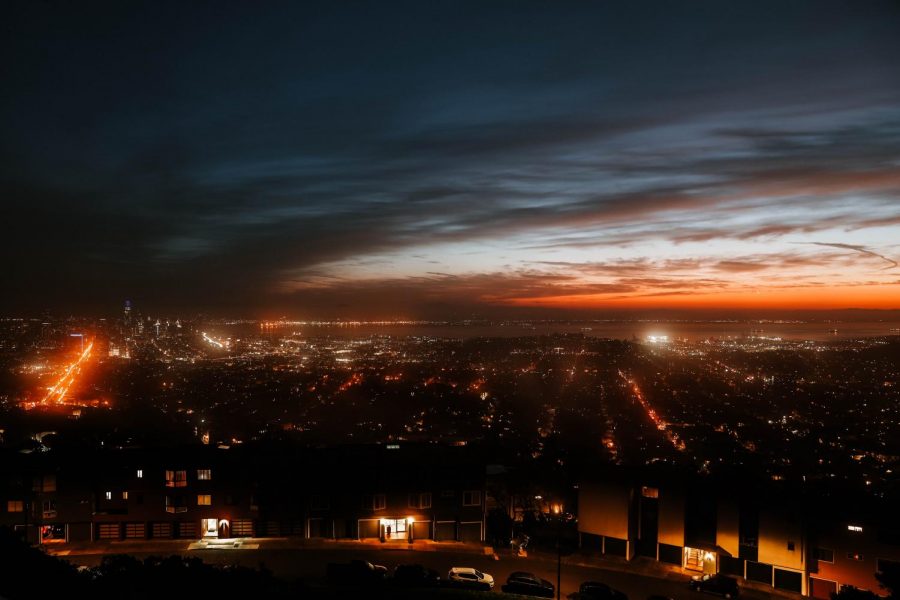 If one, by chance or misfortune, happens upon the Sunset District, draped in its customarily melancholic clouds, how often would the horizon be broken with the height of something new? With ease one would find a neat, unbroken row of single-family homes stretching to the sea, this line interrupted only by the occasional church spire piercing the fog.

Senate Bill 50, a contentious housing density bill proposed by California state Sen. Scott Wiener — which would have attempted to reshape areas such as the aforementioned Sunset by allowing the creation of multi-story housing units near transit lines — was shot down by the California state Senate this month.

The bill, which has appeared in previous iterations before the state Senate, has drawn vehement vocalizations of support and dissent. A point of discourse that has not drawn major conversation are the ecological effects, said Aritree Samanta, Ph.D., professor of environmental studies at San Francisco State University. She feels it will soon prove to be a pivotal point of discussion in the larger conversation surrounding high-density housing.

“Housing policy is climate policy,” Samanta said. “When you have a plot of land and you build one house on it, and when population in cities increases, where are you going to put those people? You have to build more and more houses, you know … which means you are cutting down more forests, you are changing more agricultural land into housing land and you are building out and out and spreading.”

Samanta said she was impressed with the bill’s progress despite its defeat. She doubts that any bill similar to SB 50 would have made it nearly as far five years ago. However, Samanta’s enthusiasm for the future is not free of concern.

Joseph Smooke, an affordable-housing developer and member of the Housing Rights Committee, feels a persistent point of contention is the fear of exacerbated gentrification of neighborhoods and tenant removal, as SB 50 did not adequately address “sensitive communities,” nor precisely define what those communities were.

“The disposition or the kind of analysis of these politicians is that communities that critique developments are standing in the way of development,” Smooke said. “There is this kind of disconnect between policymakers at a state level and people who are working in the community.”

Smooke said that there are two pieces of California state legislation that make the creation of affordable-housing and prevention of exacerbated gentrification doubly-difficult; the Ellis Act and Costa Hawkins Rental Housing Act.

The former allows landlords the unconditional right to evict tenants so as to “go out of business.” The latter allows landlords to raise rent as much as they like, exempting them from many rent control laws. Smooke said it is difficult for communities to have any sort of robust response to potential displacement with these two laws still in effect.

Without appropriate attention given to these legislative hurdles Smooke doubts that any future iteration of SB 50 will pass without some form of expedited removal of tenants.

“Once the new housing gets built, and it’s more expensive, then everybody wants to cash in on increasing values,” Smooke said. “And basically what you’re doing is, if you upzone property, basically you’re granting value to landowners and then, in turn, increases rents and increases acquisition prices and that whole escalation of property values. … It ends up destabilizing and displacing existing residents.”

In a calm, vitriolic tone Wooding said that the text and language of SB 50 makes no special allotments of funds to transportation systems.

“The worst gripe to me was … to dance around transportation,” Wooding said. “[The] bill gave absolutely no money to transportation.”

Samanta said one of the main environmental appeals of density-housing is the reduction of carbon emissions used in commuting to transit stations and lowering traffic congestion.

Wooding said he thinks the future of housing legislation might lie in equity housing programs and used the example that if the city were to build a unit meant for 100 people, and if there were some sort of equity housing in effect, the city would then, in turn, be obligated to build 100 affordable units to balance. Wooding said that many would be resistant to such policies.

“Everybody’s definitely afraid of [equity housing],” Wooding said. “Developers in particular, because of their [profit] margins.”

Despite these points of debate and legislative discomfort, Samanta feels that density housing will  soon prove to be inevitable. As the effects of climate change increase the intensity and frequency of wildfires in the state, she feels that further expansion into fire-prone bucolic lands will force cities to reevaluate their zoning practices.

“Thirty percent of all houses or housing in California is at the wildlife-urban interface, which means they are really close to and are in fire-prone areas,” Samanta said. “Instead of putting people at risk approving housing that’s next to, you know, areas vulnerable to fires, they might think about upzoning, which means that areas in the middle of the city, that are away from the fire zones … they might shift their zoning from single-family to multi-family.”

Housing propositions, similar to SB 50, have made the news recently in the Bay Area. According to reports conducted by Berkeleyside and the SF Chronicle, both BART and Caltrain are talking with communities about creating housing near stations or tracklines.

According to the SF Chronicle, Caltrain’s board of directors unanimously agreed upon a proposition to develop housing, much of it purportedly affordable, at available spaces near tracksides. Berkeley is currently pursuing zoning changes, according to Berkeleyside, and allocating funds for potential housing developments at the Ashby and North Berkeley BART parking lots.

Much of the push behind these BART oriented developments stem from a piece of 2018 legislation known as Assembly Bill 2923. The bill, according to California Legislative Information, gives BART the ability to develop and approve housing on its various properties.

AB 2923’s text also states, “The bill would require that, where housing is proposed as part of a TOD [transit-oriented development] project, a certain minimum of residential housing units is affordable housing, as specified.”

Cities are also subject to whatever predetermined zoning standards BART has decided, and must comply with those standards by the summer of 2022.

“[Building] multi-family housing units [and] building affordable housing instead of parking that was completely impossible, even like two or three years ago,” Samanta said, regarding Berkeley’s situation. “Things have shifted. And that’s because more and more progressive, you know, pro-environmental folks are being elected for office.”