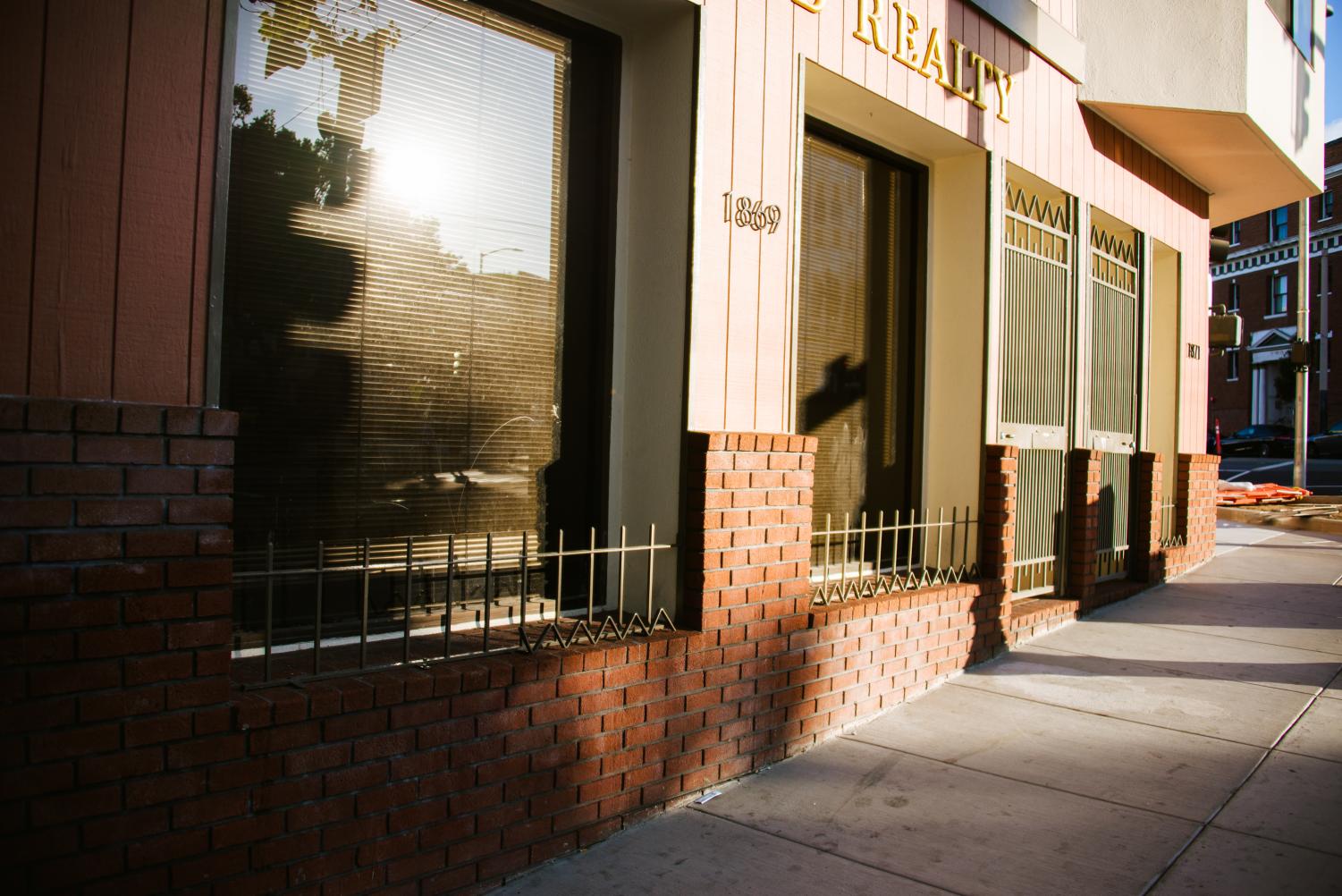 Bars and spikes placed on ledges in front of the windows of Combined Reality and Levy & Co. on the corner of Market St and Guerrero St in The Castro on May 8, 2022. (Garrett Isley / Xpress Magazine)

Bars and spikes placed on ledges in front of the windows of Combined Reality and Levy & Co. on the corner of Market St and Guerrero St in The Castro on May 8, 2022. (Garrett Isley / Xpress Magazine)

Throughout San Francisco, there are partitioned benches, slanted seating, incongruous planters and spiked ledges. To those with a bed to sleep in and a roof over their head, these may seem like the results of a post-modern civil engineer or go unnoticed altogether. But many of these design choices are deliberate in their effort to deter the homeless.

According to Cara Chellew’s academic article — “Exploring the Use of Defensive Urban Design Outside of the City Centre,” published in the Canadian Journal of Urban Research — anti-homeless architecture, often referred to as “hostile design,” is a strategy to deliberately influence or discourage specific behavior. Under the guise of preventing loitering, these tactics can often deter homeless people, a demographic that relies on public space greater than housed people.

Preventing access and behavior is all but a new concept. In 1974, American journalist Robert Caro published a biography of Long Island State Park Commission chairman Robert Moses, titled “The Power Broker,” accusing the chairman of designing and constructing parkways that were too short for buses to pass through, deterring those that relied on public transportation from accessing the developed beaches of Long Island.

According to a 2017 research paper published by the San Francisco Coalition on Homelessness, titled “Punishing the Poorest,” Mayor Willie Brown had all benches in the San Francisco United Nations plaza removed in the middle of the night in 2001. The paper also stated that in 2012, benches in the Harvey Milk plaza were removed by the same organization that had placed them there two years prior.

Earlier that year, Supervisor Scott Wiener wrote an ordinance passed by the Board of Supervisors that criminalized sleeping at any hour by “[maintaining] or [inhabiting] any structure, tent, or similar shelter…that may be used for housing accommodations” and the use of wheeled equipment in both the Harvey Milk Plaza and Jane Warner Plaza. Seemingly aimed at homeless people, this ordinance denotes the exclusion of bicycles, wheelchairs and strollers from the aforementioned provision.

More recently, the San Francisco Chronicle reported that residents of Clinton Park in San Francisco placed boulders along the sidewalks in 2019 to deter loitering and supposed drug use. After gaining national coverage from numerous outlets, this vigilante attempt was short-lived as San Francisco Public Works announced the removal of said boulders in a press release days after.

The acronym NIMBY stands for “not in my backyard” and is primarily used when referring to the opposition to affordable housing developments, often in suburban areas, for a multitude of reasons. However, that poses the question, if these people are not housed, where will they sleep? Although out of the immediate vicinity, when forced to vacate a public space, most people move down the block or around the corner, according to the Coalition on Homelessness.

In a city with an exceptionally dire housing crisis, as described in the Journal of Housing and the Built Environment, thousands rely on public spaces each day to rest, sleep and seek shelter. The implementation of hostile architecture makes finding a place to sleep away from the elements and with a shred of privacy that much harder.