Smart Ways To Enhance How The Brain Works 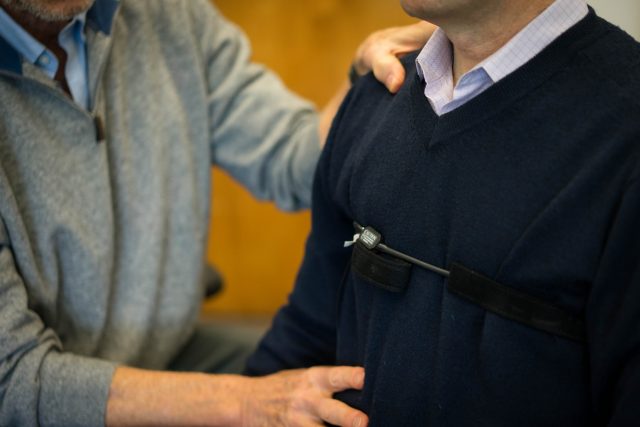 Cold sweat soaks through your shirt, your body temperature rises, your heartbeat gets louder, faster, and becomes the only thing you can hear. Your brain is frozen.

The anxiety of finals week — whether you are looking through your planner in anticipation, studying fiercely in the library, or taking the test in sordid silence — can be overwhelming, unless you help your body deal with it.

The human brain, as a good car, needs an appropriate terrain, the best fuel, and a good driver to take you places, and the research shows you can control — and enhance — all the components of brain efficiency.

But first, you need to acknowledge a problem.

In the North Pacific Ocean, close to Hawaii, more than a million of Albatross chicks made the island Midway Atoll into their home. The birds survived because they were able to feed on shimmering objects in the sea, objects that used to be fish, but today are pieces of plastic, according to U.S. Fish and Wildlife Service website. Unable to change their food habits, today the birds eat not only what nurture them, but also what brings them death.

The same way Albatross chicks fell into an evolutionary trap, humans are being captured by digital screens, said San Francisco State University professor of psychology Erik Peper. Historically, humans have used gossip as a mechanism of communication, to be continuously aware of the periphery, and to react to every stimuli, but what helped us survive in the past, now consumes our lives — distractions are stealing our focus.

“Although many students believe they are able to multitask with no serious consequences to their academic performance, they generally pay less attention to lectures and have less understanding of course material,”

said Aakash Taneja in the research article Cyber-slacking in the classroom: Potential for digital distraction in the new age.

Human dependency on changing stimuli is not something we can alter, neither can we ban the technology so crucial to our lives, Taneja writes. But what we can do is reduce the amount of stimuli around us, at least for the time we need deep focus.

Switching off your phone, turning on airplane mode, or downloading an app that blocks distracting websites for a designated time can make it easier not to trail off from doing something important.

How focused you are when studying is as important as where you are studying: The brain remembers information best when you are in the context similar to the one you were studying in.

For example, if students memorize the material while drunk, they will better recall it drunk as well, according to the study by Department of Psychiatry at Washington University School of Medicine, Alcohol and Recall: State-Dependent Effects in Man. The example, of course, can be extrapolated to other conditions: If a person studies in a quiet place, he will remember the material best in the quiet place; if he drinks coffee while studying, coffee before the exam will help access learned information. The phenomena is called state-and-context-dependent memory.

If you only know a room during the daytime, it will be, at the very least, unusual to navigate it in darkness. So with the memory, internal and external factors affect the brain while it learns, and to prime remembering we need to create the same conditions — turn on the light, so to speak.

This mechanism is well-acknowledged by the scientific community, but seems to be ignored  by those who need memorization the most — students.

Usually students study in a relaxed environment, and the memory is encoded with listening to music, sitting on a sofa, and messaging, Peper said. To be more successful in learning, he suggests studying in an environment similar to the exam room, in similar clothes and time of the day, or to prime the brain with a trick, such as putting on a small amount of essential oil, both when studying and taking the test.

“It’s little tools like that,” said Lauren Ashley Mason, a psychology student who applies the technique. “People are not aware of them, and they can be very helpful.”

Some of the tools might be more simple — and enjoyable — than you think.

It’s OK to take a nap

Napping, for example, might seem as a guilty pleasure, but in fact, is a great way to enhance the learning experience.

First, “sleep can stabilize, enhance, integrate, generalize, or abstract memories,” putting into long-term memory the information you learned before falling asleep, according to the article Parsing the Role of Sleep in Memory Processing by Robert Stickgold.

For sleep to be effective for memorization, you might need to study the material right before going to bed, Peper argues. Browsing the social media website might break the focus.

Besides solidifying information already learned, a nap also allows you to learn new information much more effectively, the same way closing the tabs in the browser window makes a laptop work faster. However, it only works for abstract knowledge, and not physical skills, Daria Antonenko wrote in the research, Napping to Renew Learning Capacity Enhanced Encoding after Stimulation of Sleep Slow Oscillations.

After sitting in the library for five hours and studying for three different subjects, you might not remember any of it. If you take a nap in between subjects, however, you might increase the chances of success.

“If you falling asleep while reading a book, maybe you should close the book,”

The second to worst is eating fast carbs (sugars), which prompts the body to dump insulin and produce uneven levels of energy with impulses hard to control, Peper said.  This leads to being stressed, “hangry,” or reactive, not contemplating.

Breathing affects what you remember

Feeling anxious on a test often equals a failed test, regardless of the amount of work put into preparation. But the anxiety is a biological response you can control, too. Peper published an article on his research on how deliberate gasping reduces the ability to solve math problems, and how breathing from the diaphragm reduces stress and enhances performance.

Peper explained that fast and heavy breathings sends the signal “Danger,” and from then on, the body shrinks and can’t anticipate future or past events; only the present matters. In those moments, abstract thinking needed to do math or any other academic work is blocked, his research showed. However, students who tried to control their respiration by inhaling slower and deeper slowed down their heart rate during the experiment and performed, as well as felt  better.

“Breathing is the tool I carry with me everywhere I go,” says  Mason, who applies the technique. “It’s something I’m always mindful of.”

Cold sweat soaks through your shirt, your  body temperature rises, your  heartbeat gets louder, faster, and becomes the only thing you can hear. Your mind is frozen — but you take a deep breath. Let the air fill your belly. Now let it out.