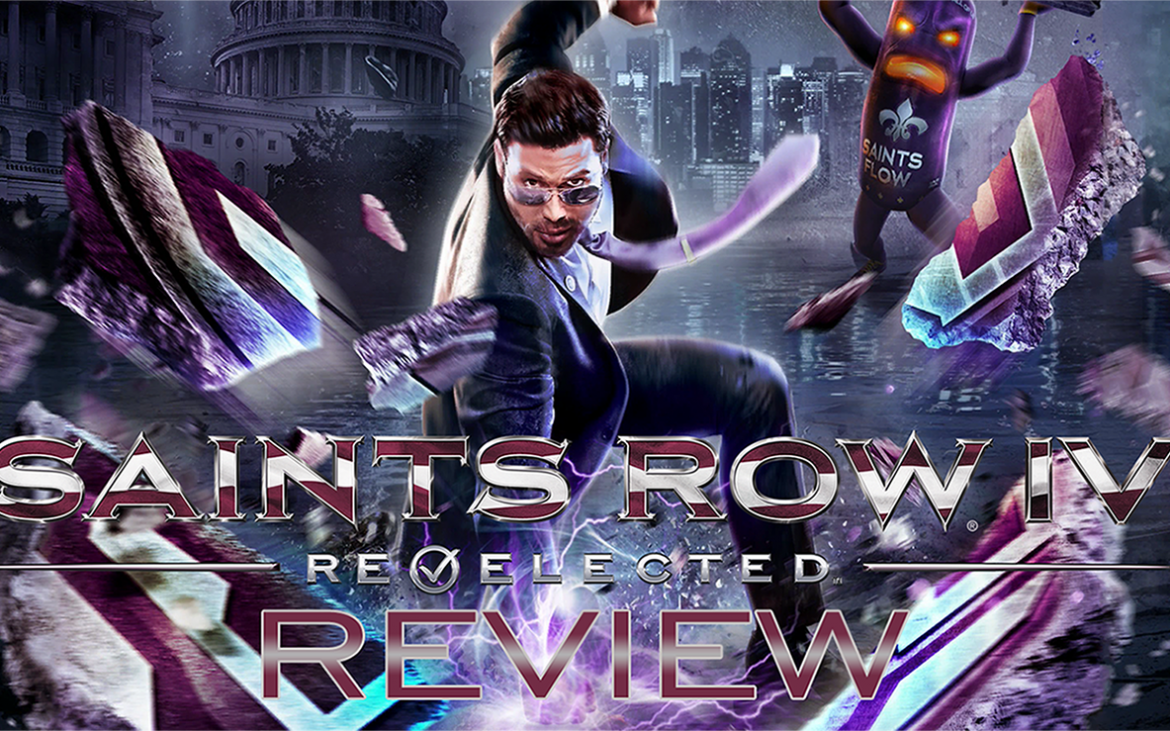 Saints Row IV was a colossal bummer on all fronts.

Remastered games generally give titles a second chance to right the wrongs of its first release or at least yield a more convenient way to access the classics. There’s a reason why companies keep gussying up old titles and putting them on new hardware. Considering its title, Saints Row IV: Re-Elected wasn’t able to be revived as a classic since Saints Row IV wasn’t a classic to begin with.

Re-Elected might mark the first time a remaster actually performs worse than its last generation version, despite it hardly looking better than an average looking Xbox 360 or Playstation 3 game. During my 20-hour playthrough, I had multiple disconnects in co-op, which kicks your hub world, around 6 or 7 hard locks, and more than a few progress-stopping bugs. This is supposed to be the better version and yet, every single time I inserted the disc, I had to worry about it exploding inside of my Playstation 4. Most remasters add something to the games’ performance. Saints Row IV: Re-Elected‘s biggest new feature is a wealth of horrible bugs.

Glitches aside, Saints Row IV has other issues. The super powers granted to the gang makes traversal a breeze. Zipping around and leaping from building to building makes car jacking irrelevant as on-foot movement is much more flexible and swift. And that much carries traversal far but not far enough.

The digital city of Steelport wasn’t made with these powers in mind, which leads to instances of tight squeezes and irritating losses in momentum. You’ll be cruising along quite quickly thanks to the improved frame rate, but you’ll inevitably hit a literal wall or some general junk that abruptly halts any flow. Games like inFamous Second Son crafted cities around the game’s available set of powers and it’s obvious that Steelport wasn’t constructed with the same amount of care.

Offensive powers like stomping and ice balls are good fun as well, but nothing really meshes with shooting. Don’t mistake that as a burn towards the shooting; it feels smoother than most others in the genre, but it isn’t on the same wavelength as the power set. You’re either shooting or performing heroic feats; there is no in between. There’s an odd disconnect between wanting to use your powers and guns in tandem. Switching just isn’t quick enough to form a cohesive gameplay experience that seamlessly integrates gunplay and superpowers.

Even though the shooting feels great and has an inventive weapon layout, the entire game suffers from an uncomfortable amount of familiarity. Saints Row IV has the exact same visual style as Saints Row: The Third. It’s set in the same city, it has the same HUD, it recycles a lot of the same jokes, and enemies still annoyingly juggle you around when you take a hit. All of this copied-and-pasted content is not only inexcusable, but does little to drum up excitement while doing anything. You’ve done these activities before in the same place. Saints Row: The Third was an incredible game but seeing IV ride so closely on The Third‘s coat tails is as disappointing as it is boring.

The story follows the same template of being simultaneously disappointing and boring. The Saints have continued up the chain of command by conquering the White House. After brandishing the entire crib in the Saints’ iconic purple hue and throwing in a few strippers for good measure, an alien race known as the Zin invades Earth and holds humanity hostage. This alien race has jacked the gang into some sort of Matrix-like simulation, forcing the purple crew to kick some alien ass and save the human race.

An alien invasion feels like a natural progression for the series but this threat doesn’t seem to go beyond an intriguing premise. The Boss (that’s you) must free the other members of the Saints and stop Zinyak, the Zin’s nefarious and drastically underutilized leader. That’s it. It’s overly simplistic and doesn’t really evolve over the course of the game. Because of this, the overall plot can feel monotonous after nearly every banal, run-of-the-mill mission, scarcely finding new ways to motivate the player to keep trekking on.

Not even the once-amazing writing can save the narrative. A solid joke appears once every few hours, but it does little to distract the player from the numerous flat debriefing segments and portions of the game where nothing important or interesting happens.

Saints Row IV: Re-Elected drops the ball more than it drops the bass and it has a gun that shoots dubstep. Remasters generally improve the experience, add new features, or a combination of both. While the included DLC is appreciated, Saints Row IV is still disappointing on most fronts and even more so now given its rampant buggy-ness. Performance issues aside, it’s also not a game most people would want to see serve another term in office. With a performance like this, impeachment should be inevitable.