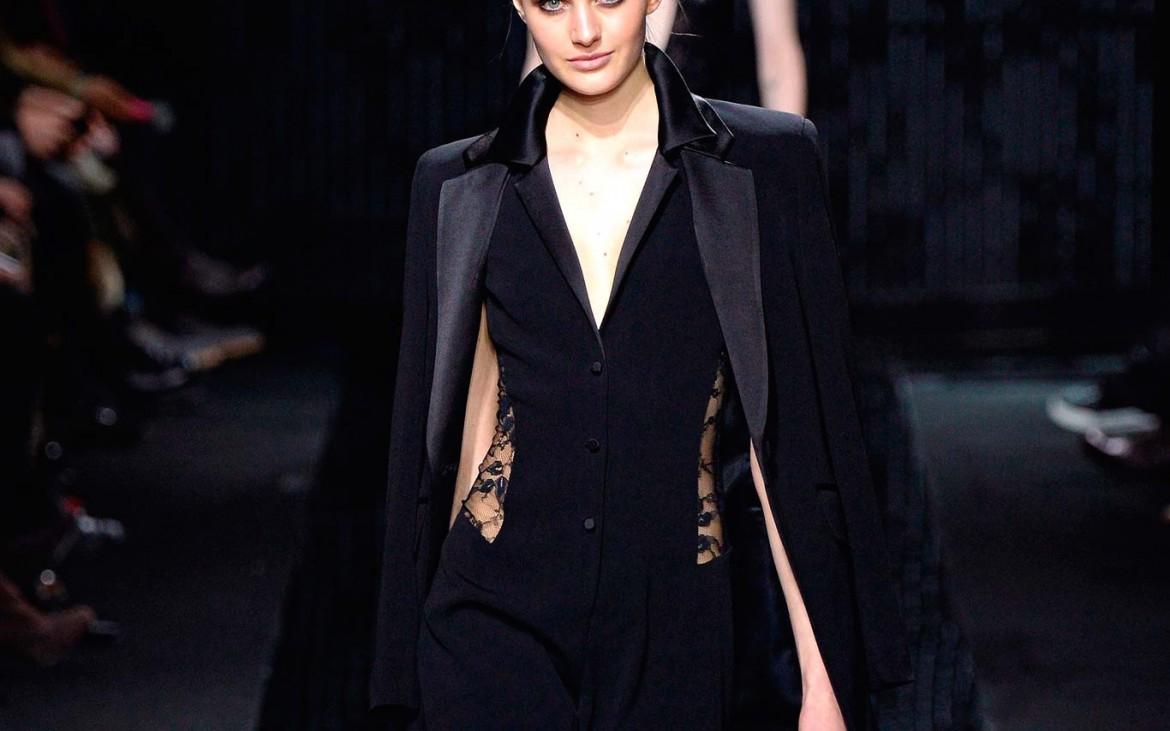 It’s February. No, not February on the west coast, February in New York, which can only mean that it is that time of year where fellow New Yorkers, fashion moguls, and even designers must remove themselves from their isolated winter hibernation zones in pursuit of getting the first glimpses at this year’s New York Fashion Week Fall/Winter 2015 Ready-To-Wear Collections.

Although the New York Fashion Week for Spring/Summer that is annually held in September generally draws in larger crowds, the Fall/Winter show brings out the dedicated, strong-willed individuals that are willing to face NYC while it’s freezing cold. The collections that have showed, and are currently showing, are exceptional. Designers like Tommy Hilfiger, Marc by Marc Jacobs, Rag & Bone, Banana Republic, Victoria Beckham, Kanye West for Adidas Originals, Nicole Miller, Polo Ralph Lauren, Zac Posen, Alexander Wang, Christian Siriano, and Diane von Furstenberg will be shown during New York Fashion Week, just to name a few.

These Ready-to-Wear collections are trying to make a statement. With the New York cold on everyone’s mind, designers aimed to distract and give the crowd what they are looking for, along with pieces that they could go home, snuggle up, and dream about.

If animal print has never screamed “fierce” to you, Christian Siriano’s Fall/Winter 2015 Ready-to-Wear collection will finally open your eyes to the jungle-esque intrigue that is each and every one of his finely-crafted pieces.

These pieces, like a cashmere, tiger-print, sleeveless full-length jacket, alongside an eye-popping ostrich feather evening gown, fantastically complemented the wilderness theme backdrop. Models graced the runway with dark, maroon eyes and clean,  powdered lips, not to take away from the charm brought on by Siriano’s classic handiwork.

This collection, which was heavily influenced by Siriano’s clients’ affection for color and desire for texture, showcases Siriano’s undying ability to adapt to the changing trends in modern society.

Playing with timeless silhouettes while inventing and perfecting twists on contemporary ready-to-wear pieces, Siriano’s capability to give his clients what they’ve been craving, without them saying a word, is phenomenal.

Always keeping his lovely-lady clients in mind, Siriano told Style.com backstage before the show that, “She’s not shopping for another black coat. It has to be something that she almost has never seen before.”

Imagine Carrie Bradshaw, you know, played by Sarah Jessica Parker. Remember what Bradshaw wore for her first day at Vogue? A cute little pinstriped vest over a men’s collared shirt with red pumps to tie it all together. It is my thought that Diane von Furstenberg channeled Bradshaw’s office-esque chic when designing her Fall/Winter collection, and why not? Bradshaw always had impeccable style on Sex and the City.

Oh right, Fashion Week! von Furstenberg’s collection expressed ideas of empowerment for today’s leading ladies, which is all the ladies. The beautiful takeaway from von Furstenberg’s pieces of work is this: Almost every woman can imagine herself in these pieces. Whether it is the white bomber jacket, the floral collared gown, or even the Bradshaw-esque classically tailored pinstripe pantsuit. These pieces are delicately designed to go from day to evening wear.

The type of revolutionary glamour that von Furstenberg’s collection is able to capture is the essential intrigue for modern wear for the modern woman. These pieces, though not out of the ordinary, are edgy and captivating, while still preserving the essence of empowerment.

In folklore, there are massive amounts of stories involving forests and the creatures that live in them. From scary wolves, trolls, a problem-solving Cheshire cat, nymphs, and even fairies, Nicole Miller wanted to capture the spirit of the forest in one collection — and she did it.

Much like the forests in folklore, Miller’s looks for this collection have never been explored before. Prints, embellishments, glitter, and metallic are all usually found in a Betsy Johnson collection, but Miller took the plunge and created what people have been hyped up about lately.

The collection, which included forest inspired prints with galactic looking platforms, patch-work mini-skirts with glitter and paired with a camo blazer, surprisingly were not the pieces that stood out. Marvelously enough, it was the pieces with the least amount of frills that gained the most attention and intrigue. One simple tri-toned evening gown made headway for Miller’s entire collection.

The cohesive collection maintained a central theme of fairy princess turned contemporary woman, what I assume would be my 11-year-old self’s dream wardrobe.

In this compilation of admirably outlandish pieces, Miller was able to hone in on a child’s imagination while still remaining in reality.

“I wanted to do the dark forest, but go deeper than that. It was about fantasy,” said Miller to Style.com backstage before the show. A round of applause for taking, and landing, the leap.

The man, the myth, and the legendary collection he has established leads the way towards producing fashionable athletic wear. Alexander Wang debuted his Fall/Winter 2015 collection this week at New York Fashion Week. Sportswear meets designer fashion – who would have thought.

Let’s just start by saying that the model’s were styled to look like they just worked out, if they worked out with all of their hair in their face, while keeping their pristine makeup in place. Athletic wear, indeed. In the aspect of style, Wang was able to make it work.

Check out the collection he created for H&M via The New York Times here.

Wang’s Fall/Winter collection could have been straight out of the Rock n’ Roll Hall of Fame. Any hard rocker would be able to tell you that you should always match your black clothing, and Wang did just that. His collection was solely wrapped in the idea that every client, right now, is wanting more and more black clothes, so he has provided.

Take a peek at what happened backstage here.

With the risk of his pieces looking and falling flat on the runway (due to the fact that an all-black-collection doesn’t show well in lighting or pictures), Wang was faced with a challenge. He decided to up the ante. Leather combat boots, silver metal ball embellishments that lined each finely crafted garment, and decadently tailored moto jackets all marched down the runway, each and every piece making a name for itself.

The cohesiveness of this collection is remarkable. Without a doubt, when we see the color black in Fall/Winter 2015, our minds will absolutely think of Alexander Wang.

With New York Fashion Week still upon us, it is unclear what other remarkable, trend-setting collections will grace the streets across the world this fall, but it is important to remember that inspiration comes from diversity, and these few collections showed just that.