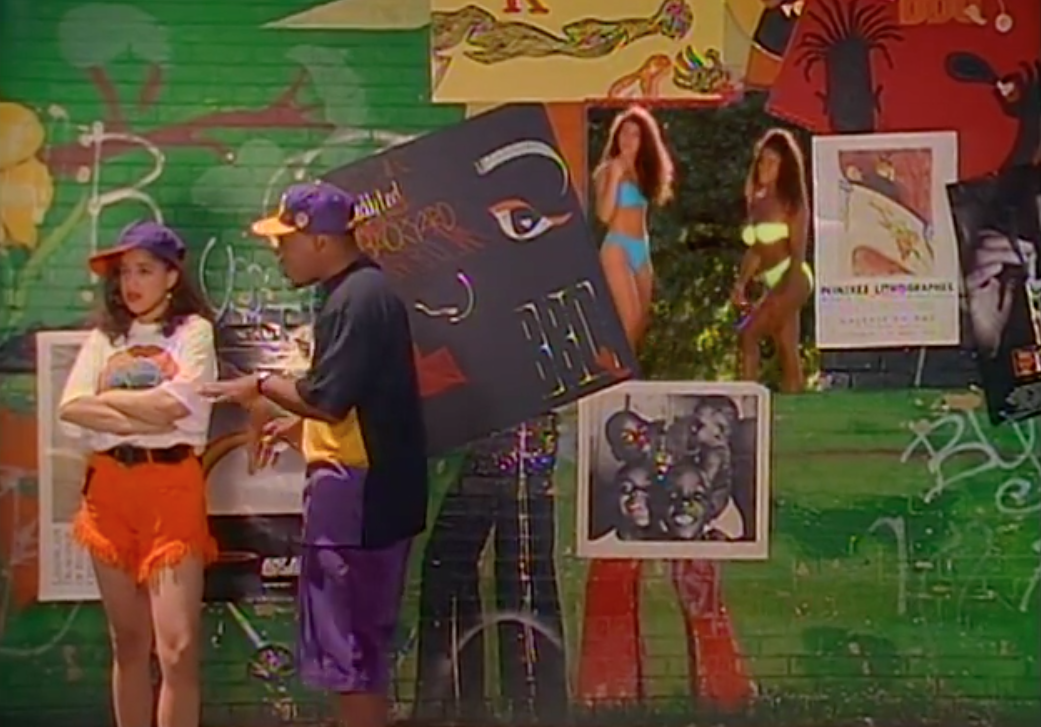 Positive K accosts a lady in hopes that she’ll want him. Not happening.

Positive K accosts a lady in hopes that she’ll want him. Not happening. (Screenshot from his music video “I Got A Man”)

Luckily, new San Francisco radio station Q102.1 has all the throwback tunes you need to get you through the day. It’s a tranquil radio wave in between the repetition of Top 40 hits across other local stations, and after discovering it by mistake on a grocery run, I’m ever-so thankful for its existence. The statement “I totally forgot about this song!” will be uttered by listeners everywhere.

For this week’s Beats n’ Stuff, “the throwbacks” (aptly named, I know), I dug into the depths of my iTunes to dig out classic hip-hop tracks, or at least the ones that were find-able on Soundcloud (sorry DJ Jazzy Jeff and the Fresh Prince and E-40, you guys are left out of this one).

A really creepy song by today’s standards, but damn, is it catchy. “I Got A Man” is about a man accosting a woman on the street, despite her insistent commenting that she has a boyfriend, and longs for him to simply leave her alone. Of course, in song-world, this guy won’t quit. An additional fun fact: Positive K himself recorded the female’s voice in the song, simply raising the pitch of his voice in the studio.

“I Wish” is actually a pretty sad track. Poor Skee-Lo bemoans how he wishes he was more like the girl he fancies’ boyfriend. As he wishes he was taller, a baller, and drove a 64 Impala, one can’t help but feel bad for the guy. It represents low-self esteem at its finest, but at the very least the buried-melancholy tone created one of the most recognizable hip-hop tracks of the 90s.

Dr. Dre doesn’t even rap on this track, and yet it’s on his album 2001 (most commonly known as The Chronic Pt. 2). Dr. Dre is one of the most well-known names in hip-hop and for good reason: he’s one of the best producers and rappers of all-time. Before Beats by Dre, Dre was one of the godfathers of gangsta rap. Dre has influenced and mentored various other big name rappers – such as the superb Kendrick Lamar (by the way: stop reading this and listen to To Pimp A Butterfly if you haven’t already) and the immensely popular Eminem. Despite not rapping himself on “Xxplosive,” the track shows off Dre’s talent as a producer.

“It Was A Good Day” is another track that’s seemingly positive, but has a sad, dark undertone of life in South Central LA. Ice Cube describes his perfect day with a chilled out attitude, from watching Yo! MTV Raps to not being randomly stopped by the police to finally hearing from a girl he wanted to hook up with since the 12th grade – Ice Cube’s day has zero problems. I gotta say it was a good day.