The trophies commemorating the San Francisco Giants’ World Series victories in 2010, 2012, and 2014 will visit SF State on Wednesday as part of an ongoing tour.

The Giants spent more than fifty seasons without winning Major League Baseball’s top prize after moving to San Francisco from New York in 1958. They finally brought a championship to San Francisco by beating the Texas Rangers four games to one in 2010. The team followed this up with a four-game sweep of the Detroit Tigers two years later. Last year, the Giants won the World Series, this time in seven games over the Kansas City Royals. Between San Francisco and New York, the Giants have won eight titles.

The World Series trophy is the only piece of championship hardware in the four major American professional sports leagues not named for a specific individual. Its official name, The Commissioner’s Trophy, sets it apart from the National Hockey League’s Stanley Cup, the National Basketball Association’s Larry O’Brien Trophy, and the National Football League’s Vince Lombardi Trophy. Tiffany & Co. builds a new trophy for each year’s top baseball team.

The San Francisco Giants World Championship Trophy Tour began on January 7th and will run through Opening Day at AT&T Park on April 13th. Most of the tour takes place in California, extending as far south as San Luis Obispo, though it will also make stops in Nevada, Oregon, and even New York.

All three trophies will be at SF State on February Four from 9:15 a.m.-12:15 p.m. in Jack Adams Hall. People will not be allowed to line up before 9:00 a.m. Each person may take one photo. Those in a group may either take separate pictures or one all together. A Giants representative may cut off the line early to ensure the trophies are able to leave on time and being in line during the scheduled time does not guarantee a chance to get a photo of them. 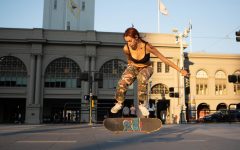 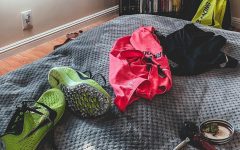 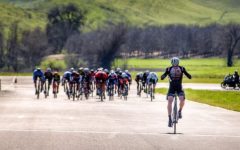 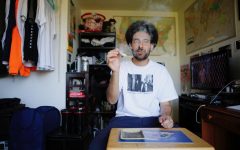